FULL TRAILER: Xian Lim, Angel Locsin and Vilma Santos in EVERYTHING ABOUT HER

“Bagong Umaga,” known internationally as “New Beginnings,” is the latest ABS-CBN show airing in over 41 African countries, including Kenya, Ghana, and Madagascar via the StarTimes channel.

Also making waves in the African French-speaking region is the action-drama series “Asintado” starring Julia Montes, Shaina Magdayao, Aljur Abrenica, and Paulo Avelino, which revolves around the opposite lives of siblings Juliana (Montes) and Samantha (Magdayao) after being separated at a young age.

Following positive reviews and good ratings in La Réunion via ART for its French-dubbed version, the show also began airing in one of Ivory Coast’s best-known French language channels, RTI 2.

Headlined by Gold Squad members Andrea Brillantes, Francine Diaz, Kyle Echarri, and Seth Fedelin, the show highlights the mission of four teenagers intertwined by fate to restore faith in God to the residents of a small town named Hermoso.

Aside from African and Asian countries, the programs of ABS-CBN, the Philippines’ leading content provider, have also made waves in different parts of the world, including Latin America where the 2015 version of “Pangako Sa’Yo” aired in Ecuador, Peru, and Dominican Republic; Turkey with their foreign adaptation of “Hanggang Saan,” among many others.

ABS-CBN has been a premier source of high-quality Filipino programming in over 50 territories worldwide and has sold over 50,000 hours of content worldwide. Living up to this recognition, ABS-CBN International Distribution commits to add to its line-up of high-caliber programs and movies with cast and storylines that appeal to various cultures. 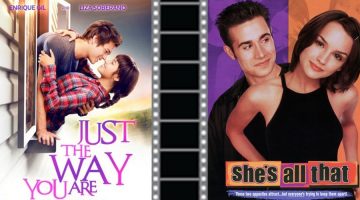 Enrique Gil and Liza Soberano’s Just the Way You Are vs. She’s All That #LizQuen