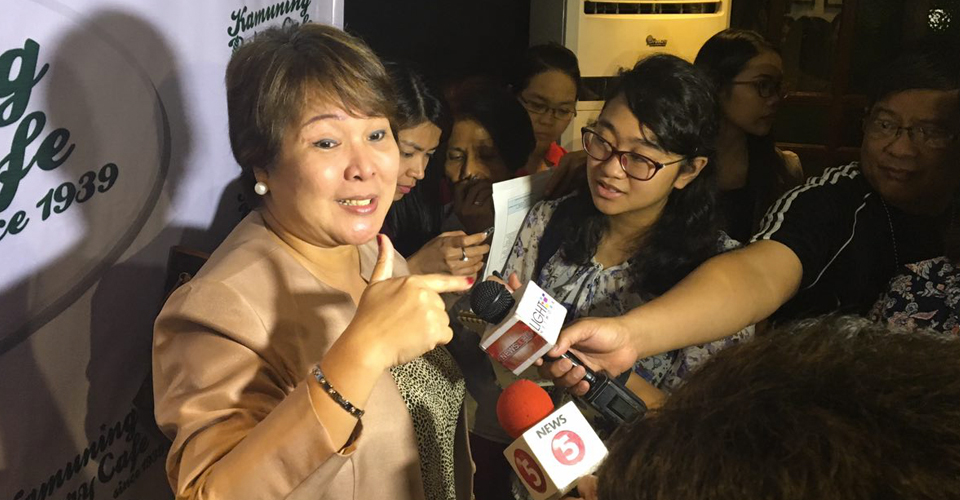 At the Kamuning Bakery Cafe this morning, anti-drug advocate and Whistleblower Association of the Philippines president  Sandra Cam exposed the details on how she received information that she used to tip off the government of alleged Visayan drug lord Kerwin Espinosa‘s location in Abu Dhabi, United Arab Emirates. The information eventually led to Espinosa’s arrest abroad.  Kerwin Espinosa  is the son of Albuera, Leyte Mayor Rolando Espinosa, Sr., who voluntarily surrendered to Philippine National Police (PNP) Director General Ronald “Bato” Dela Rosa last August. The Albuera mayor was reported to have feared for his life after being included in President Rodrigo Duterte’s list of government officials protecting illegal drug trade in the provinces.

According to Sandra Cam’s testimony, it was on her birthday last October 8 when was notified by her secretary in her Abu Dhabi business that the latter had seen Espinosa and has taken a photo of him. Apparently, Espinosa lived in the same building where some of Cam’s staff are housed. Asked how her secretary was able to recognize Espinosa, Cam said, “Meron kaming TFC (The Filipino Channel).” The identity of Espinosa given the photo was verified by the UAE’s immigration records. Cam used to work for “big bosses” in the Middle Eastern country 35 years ago that she had connections which helped her gain access to the immigraton and visa records of the fugitive. It was Cam who called Secretary Bong Go at past midnight to share the information and she later got a call from PNP Chief “Bato.” Cam also helped expedite the documents needed for the PNP staff who flew to Abu Dhabi for Kerwin Espinosa’s detention.

Sandra Cam expects at least three more weeks for the extradition process for Kerwin Espinosa to be taken back to Manila. Not wanting to pre-empt the PNP’s announcement, Cam kept mum on the list of big politicians linked to drug trade extracted from Espinosa. 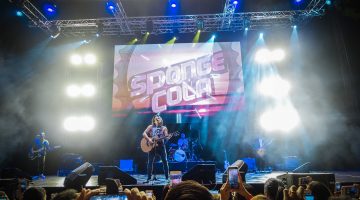