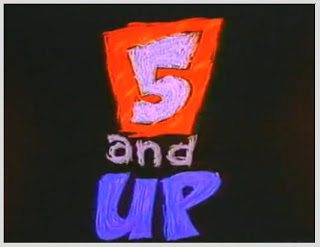 5 and Up fans may be in their 20s and 30s now but the show surely holds a special place in their hearts. Not your typical educational program, 5 and Up was definitely worth watching on weekends for the 90s kids. For those unfamiliar, 5 and Up was dubbed as the junior Probe Team back then. It was a kiddie magazine program that featured kids as reporters with skits and documentary-like videos. The show initially aired over ABC-5 and eventually transferred to GMA-7.
While the popular 90s youth-oriented show Ang TV produced matinee idols like Patrick Garcia, 5 and Up also had its own share of cuties.
ATOM ARAULLO

A childhood crush from 5 and Up fangirls have yet to outgrow is this guy named Atom. With the same boy-next-door charm and cool-geek appeal at 29, he topped last year’s list of Cutest TV Newsmen by Spot.ph. No doubt about that. He sure is an eye candy in the news! We bet he would still have made it to this year’s list if previous choices weren’t exempted.:)

Much has been said and written about Atom being a well-rounded individual. An alumnus of Ateneo Grade School, the Philippine Science High School, and the University of the Philippines-Diliman (BS Applied Physics), Atom proves he’s got more than just good looks. Aside from being a sports enthusiast (he’s a triathlete!) and broadcast journalist, the guy also recently ventured into teaching. He just ended a semester as a college professor of Introduction to Journalism at De La Salle University-Dasmariñas.


Check out an old clip from Atom’s 5 and Up stint and a recent one for ABS-CBN’s Bayan Mo iPatrol Mo campaign:


Just like Atom, two of today’s hunky dramatic actors also started out in 5 and Up. They are the brothers Rayver (22) and Rodjun Cruz (24) from the famous showbiz clan (they’re first cousins with Sheryl, Donna, Sunshine, and Geneva Cruz). These cuties may have been on TV way before some of their young fans were born.


Watch their cute 5 and Up video below (check out Rayver’s sumbungero moment,haha!): 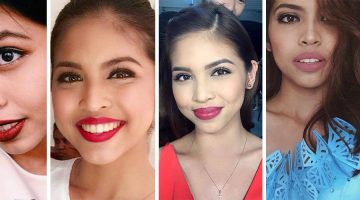