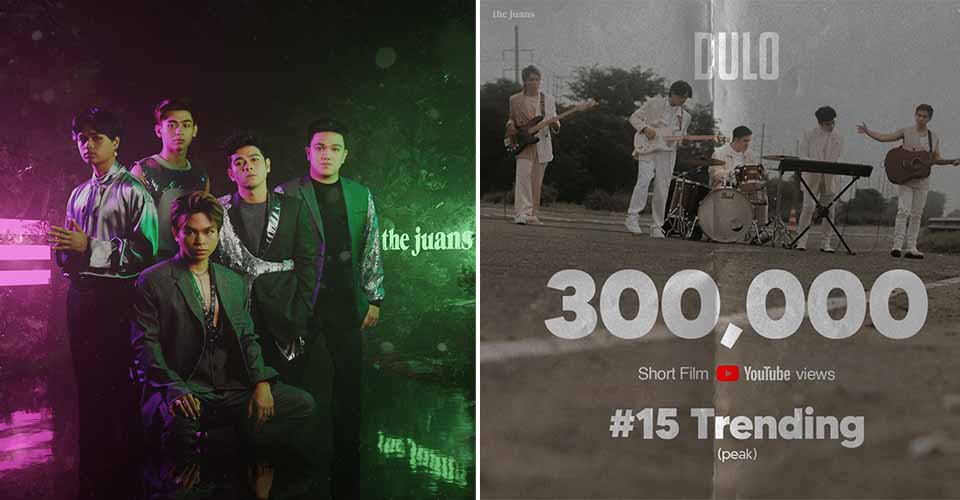 “Dulo, in English, is the end. Usually, couples enter a relationship together but then eventually, someone gets to the end first. This song is about the perspective of the person who gets to the end first and the conflict ‘Should I end this relationship now that I see the end or should I wait for the other person to get to the end with me?,’ The Juans singer-keyboardist and songwriter Carl Guevarra introduced his band’s latest single at a virtual media conference. The hit music group is on the cusp of a new musical beginning with the release of a new single titled “Dulo.”

“Every ‘Dulo’ marks a new beginning,” Guevarra shared. The singer referring to a new phase that this band is undertaking with the release of said new tune. Thematically, he is also laying down what their new song is about.

Guevarra added, “We’d like to start this whole album campaign with a song called ‘Dulo,’ because we believe that we must first give up what’s not for us, so that we can receive the love that we deserve,” reiterating, “Sa bawat relasyon, kadalasan sabay pumapasok, pero kadalasan din, may nauuna sa dulo.”

The Juans is one of the leading bands in this new generation of pop music groups who specialize in ‘hugot’ songs hence the overt sentimentality of that statement.

The Juans’ new single “Dulo” signals a new beginning for the band, in that they are set to take their band into hitherto unexplored vistas musically and creatively.

“After this, we will be releasing a couple more singles and then release our full album, which is something people should look forward to. If they knew us because of our hugot songs, then they need to brace themselves because the hugot just got deeper,” said Guevarra.

“Also, there will be songs about love, hope and inspiration, and it will be filled with so much color.”

Speaking of color, “Dulo” is also taking on a new hue other than being another hugot song. “A lot of us are asking, ‘saan nga ba ang DULO netong paghihirap natin? kailan matatapos tong pandemya na’to? This song also tells people that they have a choice. Isusuko ba or ilalaban pa? We hope the song will help people deal with their losses, and look forward to better things ahead,” Guevarra explains.

As for their own road ahead, Carl, Japs, Chael, RJ and Joshua are looking to better days.

“Our dreams and vision go beyond just releasing another song and an album. We aspire to expand our platform to the level that we can help the common “JUAN” not just through inspiration but in real action. We dream of a day that we’ll be so blessed we can sponsor kids to college and be a strong mover in the media and arts that will provide opportunities to common kids like us. We hope to be recognized internationally as well, if God will take us to that level!”

Big dreams, yes. But in the interim, we have the end taking us to a new beginning with The Juans.

Right before the pandemic happened, The Juans—with Guevarra, singer-guitarist Japs Mendoza, bassist Chael Adriano, vocalist-guitarist RJ Cruz and drummer Joshua Coronel-hit it big with a single called “Hindi Tayo Puede.” The song is from their “Umaga” album, which the band released, right after the band went through a major personnel revamp.

One could say that said album was the end and a new beginning for the group. For Guevarra, the only remaining founding member of the original lineup, the irony is all the more pronounced. He was almost at the end of his tether, when he and a newly revamped version of the band released the album “Umaga” and subsequently, the single “Hindi Tayo Puede.”

And then “Hindi Tayo Puede” became such a big hit. This prompted a slew of covers from the likes of Janine Tenoso, Katrina Velarde and Jason Steele to name a few. It is testament to the song’s newly minted mass appeal. And then Regine Velasquez did her take of “Istorya” – an even earlier song that just added luster to The Juans name.

Since then, The Juans have surged forward, stronger than ever with singles such as “Hatid,” “Itutulog Na Lang,’ their cover of Rivermaya’s “Balisong,” and the more recent “Pangalawang Bitaw.” 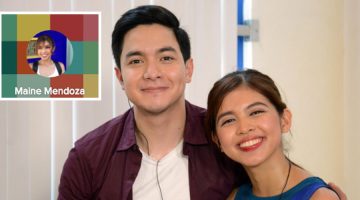