10 Sponge Cola Songs We Want To Hear LIVE In Singapore

‘The Lost Recipe’ pilot episode trends at number one 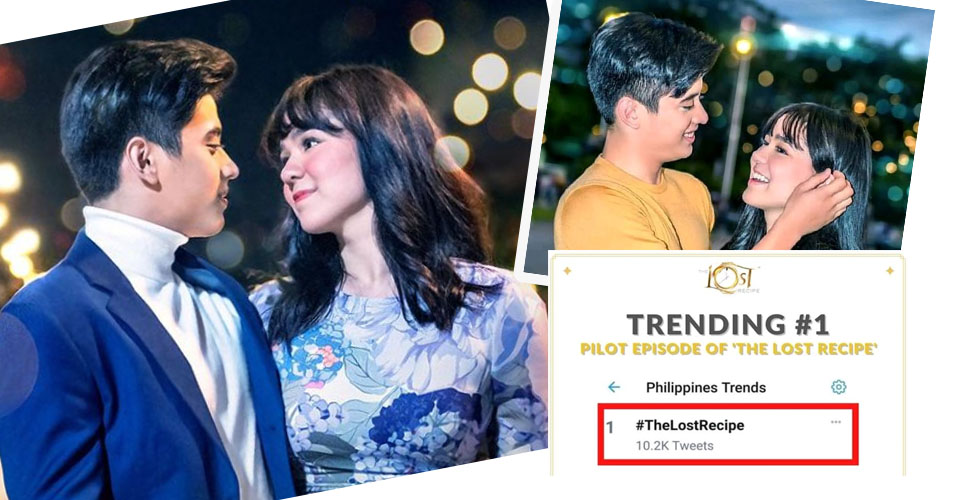 In the coming weeks, The Lost Recipe is expected to capture its viewers with a different taste of a love story. The show promises a mix of kilig, comic relief, and fantasy set in beautiful Manila. Not only is it a showcase of Filipinos’ love for eating but also a journey of achieving one’s aspirations. To date, this is the first locally produced primetime show by GMA News TV.

The story features Harvey (Kelvin), a struggling chef who gets a chance for redemption when he travels back in time, steals a recipe, and makes it his own. On his way to building a culinary empire for his family, he meets Apple (Mikee), an aspiring chef who will work for his team.

Both from GMA Artist Center, Mikee and Kelvin are fast-rising actors expected to give their viewers a nightly dose of kilig.

Mikee is excited for viewers to get to know more about Apple and Harvey. She has been exploring the kitchen even before taping for the show. According to Mikee it has helped her in coping during the early days of the pandemic.

“Being stuck at home because of the quarantine, ang daming time mag-explore sa kitchen and magluto. I find it therapeutic kasi nagfo-focus ka sa pagluto, wala kang ibang iniisip, so sana makatulong ang mga natutunan ko nitong pandemic sa show na ito. Kelvin and I are working together to best show the viewers the story of The Lost Recipe and sana this series will somehow give hope and inspire people to dream,” she said.

For Kevin, The Lost Recipe will be his first lead role in a primetime series. He shared that his role as Harvey is a blessing that came as a surprise.

Mikee’s role as Lira in the remake of GMA Network’s telefantasya “Encantadia” has earned the actress the Best New Female TV Personality award in 2017 PMPC Star Awards for Television. She also recently appeared in the drama series “The Gift” and was one of the lead stars in the well-loved drama series “Onanay.” Mikee was also a part of GMA Network’s “Sherlock Jr.,” “Sirkus”, and “Alyas Robin Hood.”

Meanwhile, Kelvin has earned praises for his impressive performance in the first-ever Filipino Netflix Original, “Dead Kids.” He won his first acting award at the 6th Urduja International Film Festival, winning the Best Actor honor for the indie movie “The Fate.” This year, he was recognized as the Best Young Actor at the 7th Urduja Heritage Film Awards. Kelvin previously appeared in various TV programs such as “Madrasta,” “Contessa,” and “Kambal, Karibal.” He also headlined “Beauty and the Hypebeast” with Angel Guardian in the second installment of GMA’s digital short film series One Hugot Away.

Directed by Monti Parungao and penned by head writer Erwin Caezar Bravo, “The Lost Recipe” will take you to a food adventure and journey to chasing dreams. 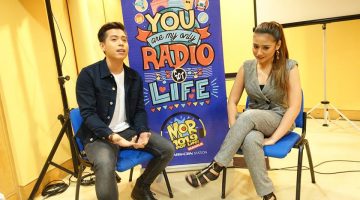