AWKWARD: Arnel Pineda Does the ‘Pabebe Wave’ on It’s Showtime

WATCH: ‘Four Sisters Before the Wedding’ trailer with more than 1.2 million views in just 6 hours 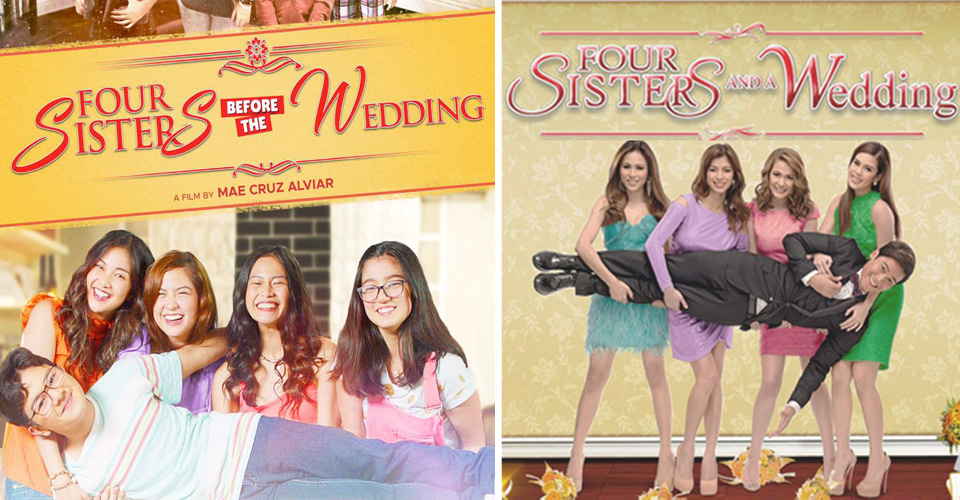 “Sorry, Ma!” and “Bakit parang kasalanan ko?“ These are just some of the iconic lines from the Star Cinema blockbuster movie Four Sisters and A Wedding. Seven years after the film was screened, memes and references on TV and movies about it still crop up from time to time. This coming month, Star Cinema takes us back to the time when siblings Teddie, Bobbie, Alex and Gabbie Salazar deal with challenges and heartaches in ‘Four Sisters Before The Wedding.’

Helmed this time by blockbuster director Mae Cruz Alviar, the prequel movie is set 10 years before their lives in the original movie). Teddie, Bobbie, Alex are in college while Gabbie is in high-school, and their youngest sibling CJ (played by Clarence Delgado) is in elementary.

Their blissful innocence and family unity are tested when they discover that their parents – Mama Grace (this time played by Carmina Villarroel) and Papa Caloy (Dominic Ochoa), whom the audience will be meeting in this movie for the first time — are once again on the verge of separation. They’ve grown up enough to know that a biscuit offering will not easily solve their parents’ marital problems this time around.

In the original movie, the Salazar sisters were portrayed by Bea Alonzo (Bobbie), Toni Gonzaga (Teddie), Angel Locsin (Alex) and Shaina Magdayao (Gabbie). The characters Mama Grace and CJ were notably played by Coney Reyes and Enchong Dee, respectively. The dad, meanwhile, passed before 2013—this eventually pushed Bobbie to live and work abroad. ‘Four Sisters and A Wedding’ was directed by Cathy Garcia-Molina.

‘Four Sisters Before The Wedding’ serves as Star Cinema’s early Christmas offering this 2020, despite the on-going COVID-19 pandemic. It was first announced in February.

“Kakayanin ko!” says Alexa when she was chosen to play the role of young Bobbie. The former child star has already appeared in several movies of ABS-CBN Films, including ‘Everything About Her’ in 2016, ‘Finally Found Someone’ in 2017, and ‘Open,’ a co-production of Black Sheep and T-rex Entertainment, in 2018. She has also portrayed remarkable characters in teleseryes like Justine in ‘The Good Son’ and Luna in ‘The Killer Bride.’

For Charlie, playing as young Teddie is “nakakakilig and nakaka-pressure at the same time.” The 24-year old actress has starred in several projects such as ‘Seven Sunday’, teleserye ‘Bagani,’ and the upcoming Metro Manila Film Festival entry ‘Fan Girl,’ which recently made headlines as it entered Tokyo International Film Festival in Japan and Tallinn Black Nights Film Festival in Estonia.

On playing young Alex, Gillian admits: “Masaya at kinikilig ako. Pero habang binabasa ko rin ‘yung script, kinakabahan din ako.” This is Gillian’s third movie with Star Cinema following ‘Eerie,’ wherein she portrayed the Eri the ghost, and ‘Hellcome Home.’ Both movies were shown in 2019. She has also starred in a couple of digital series such as ‘Kargo’ on iWant and Black Sheep’s ‘Hello Stranger,’ which is set to have a movie sequel.

“Very honored and at the same time, pressured, kasi napaka-iconic nung movie,” says Belle. Also a former child star, Belle has appeared in several movies of Star Cinema like ‘Can’t Help Falling in Love’ and ‘Love You To The Stars and Back’ in 2017, and ‘James and Pat and Dave’ last February. 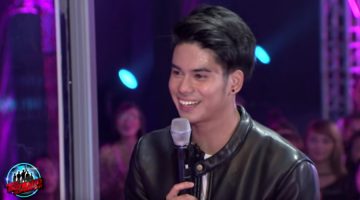