RELEASED: No Rome’s ‘When She Comes Around’ single and music video 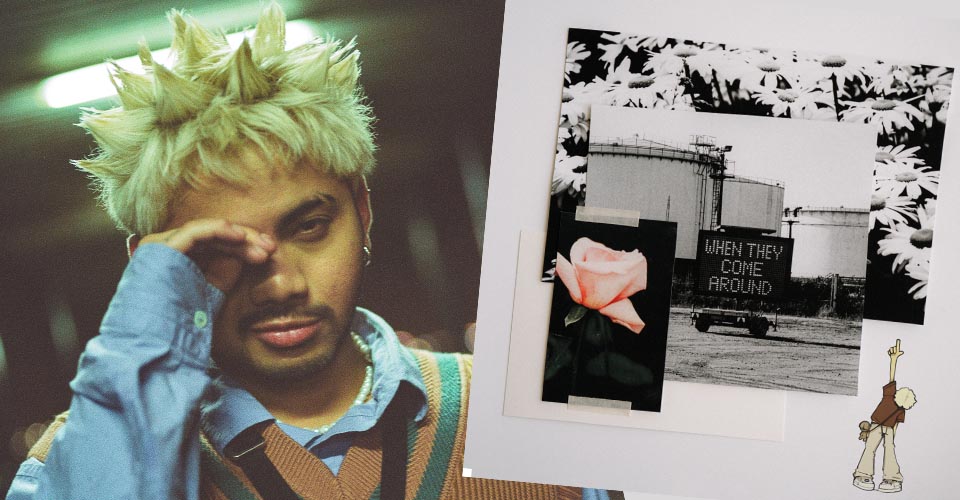 ‘When She Comes Around’ is the first track to be revealed from No Rome’s highly anticipated debut album ‘It’s All Smiles’, set for release on 3rd December by Dirty Hit.

Recorded in a small apartment in No Rome’s hometown of Manila after the pandemic prevented him returning to London, the album was co-produced by Rome with BJ Burton (Kanye West, Bon Iver, Charli XCX) and George Daniel (The 1975).

In every sense of the phrase, ‘It’s All Smiles’ finds No Rome returning to his roots, both in terms of location and influences. As is immediately obvious from ‘When She Comes Around’, the record is the most refined expression of Rome’s self-coined term ‘Shoegaze R&B’. Vocal lines are indebted to the intense emotions expressed in R&B and run beautifully across highly textured production and instrumentation.  Like Kevin Shields, the architect of My Bloody Valentine, No Rome paints with his production, taking straight-forward guitar playing and complicating it with the tools at his disposal.

‘When She Comes Around’ arrives with a dark, atmospheric video, filmed in Mania and directed by Paco Raterta that provides the perfect visual accompaniment to the track. Speaking about the single, Rome says;

“I made this song after watching the Bjork live version of her album Vespertine and I wanted to make a song that was heavy on the strings but after days on working on it I eventually brought it to a more guitar driven song. I sent this song to BJ and he came back with something much more than I expected, with more textures and stronger bass sounds and just better structure really and we just went crazy on it.”

Listen to ‘When She Comes Around’ HERE

Keep up to date with No Rome:

Guendoline Rome Viray Gomez hadn’t planned on moving back to Manila, where he’d been born and raised, but the pandemic changed things. A festival appearance evolved into an extended stay with his parents, and then Rome, 24, rented a two-bedroom apartment of his own when it became clear he wouldn’t be returning to London, where he’d been living for the last three years, anytime soon. In the extra room he put his drum machines, synthesizers, monitors, and laptop to create the improvised home studio where he recorded his debut album It’s All Smiles, under his moniker No Rome.

It was a fitting setting for a project that drew inspiration from the records that blew Rome’s mind when he was growing up. “It’s my musical statement,” Rome says. “It’s best to start a first album with one goal and mine was to make this specific sound.” When he first began uploading his music to the internet he would tag the tracks shoegaze R&B, and It’s All Smiles is the most refined expression of that idea. With assistance from co-producers BJ Burton (Kanye West, Bon Iver, Charli XCX) and George Daniel (The 1975), Rome achieves his goal: His vocal lines, indebted to the intense emotions expressed in R&B, run beautifully across highly textured production that rewards repeat listens. Like Kevin Shields, the architect of My Bloody Valentine, Rome paints with his production, taking his straight-forward guitar playing and complicating it with the tools at his disposal. Just listen to the opening riff of “When She Comes Round,” the lead single from It’s All Smiles, and how it mutates into something enormous and atmospheric in its opening minute while Rome delivers a hook that won’t leave your head for days.

Certain albums live on in our memories with the intensity of a first kiss, and Rome can recall with detail the day he heard Loveless, My Bloody Valentine’s 1991 masterpiece. A high school friend—”The only one I could talk to about music at the time,” Rome says—would often hip him to non-pop music and he told him to check out the noisy, brain-melting classic. “The first time I heard ‘When You Sleep’ changed my life,” he says. “The guitar riff itself is singing a melody.” The album flipped a switch for him.

Rome’s childhood prepared him to embrace new ideas about what music could do. Both his parents dabbled in performance: his mother would sometimes sing in nightclubs and his dad would moonlight as a DJ when he wasn’t working his day job as a civil engineer. “Not everybody likes the music their parents play, but my dad had really good taste,” he says. “It’s funny, he wasn’t really into rock but he loved new wave and post-punk. He liked the fast tempo stuff, something you could cry and dance to.” New Order and Naked Eyes rang off in Rome’s childhood home, not too far from where he eventually rented the apartment where he’d record It’s All Smiles.

The earliest versions of some of these songs date back to 2019, when Rome was on tour with The 1975 (he has a close relationship with frontman Matty Healy, and has written and performed with the group). “I Want U” began life in the back of a tour bus in Las Vegas but never progressed beyond a demo. Last summer in Manila he picked it back up and this time it clicked. The final version features some of Rome’s finest storytelling songwriting and lots of found sounds in the beat—a nod to the DJ Shadow’s Endtroducing and other plunderphonics records that Rome obsessed over.

Pitched somewhere between the Zombies and Bjork, “When She Comes Around” is a pop anthem for the shy and lovelorn. Initially Rome wanted to do something with strings—he’d been immersing himself in a live recording of Vespertine—but after days of experimenting he returned to the guitar; the end result is a song that feels classic to its bones, but is dressed up with pummeling bass and dramatic quiet-loud dynamics.

The breadth of Rome’s songwriting shines on “Remember November,” a song that has its roots in a telemarketing job he worked during college. “It was the most corporate job possible,” he recalls, laughing. That time in the call center stayed with him and reemerged on his debut in the form of this buzzing electronic song with some very wry lyrics. “I remember you told me/They can take all your money,” he sings, his voice swinging up into his falsetto on the last syllable. The mood is so bright and propulsive, you might miss the message the first time around. It nods to the levels contained in the album’s title, It’s All Smiles.Rome wrote and recorded most of the album at night in Manila, and its sound evokes the smeared wonder of a city passing by through a rain-flecked car windshield after dark. It’s an album for quality headphones, where each detail and decision can glisten. It’s the album Rome’s life has been leading to, a crystallized expression of a style that could only have come from his particular set of enthusiasms and influences. It’s major. 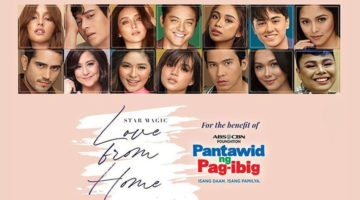