Ellen Adarna Opens Up About Her Breakup

‘Balangaw’ bridges reality and fiction in the now 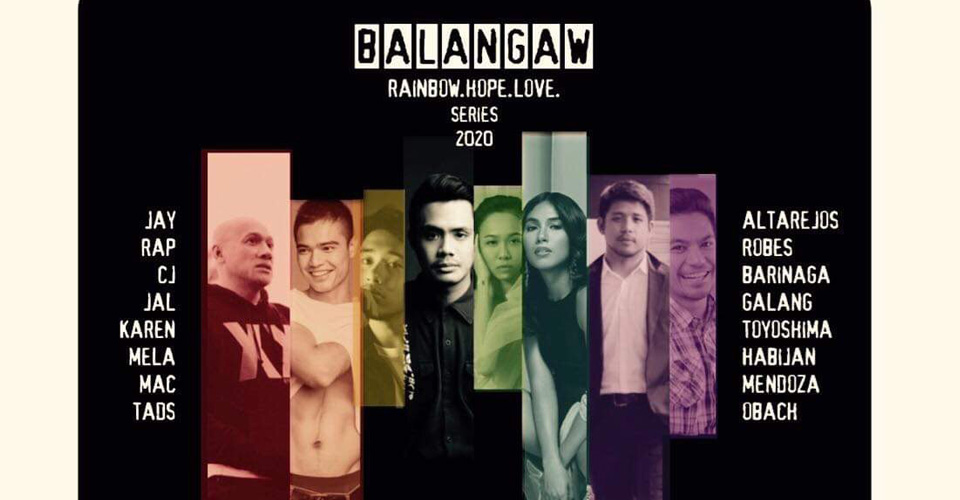 The current lockdown situation is no hindrance for a passion project to push through. Spearheaded by independent filmmaker and queer cinema frontrunner Jay Altarejos, the eye-opening digital series Balangaw will be launched this Saturday, June 27.  This is also in celebration of the Pride Month.

Direk Jay, with his newly formed production, 2076Kolektib, has the ultimate goal of creating and producing multimedia content that will arouse, educate, and inspire his audiences to become more vigilant and conscious of the current social issues and challenges.

The series’ title Balangaw is a Visayan term that means rainbow or hope.  This is a perfect fit for a show that attempts to reflect the country’s current situation in the midst of a pandemic. “We are in desperate times but we can’t lose hope, kahit gaano kaliit [ang pag-asa],” an emotional Direk Jay explained during the virtual press conference last Saturday. He then shared how the show will chronicle the lives of eight artist-friends who get connected and disconnected during this time of pandemic and how they navigate through all the upheavals the country is experiencing.

Balangaw, with a planned airing of 13 weeks, was a product of hard work and coordination given the existing filming limitations. Direk Jay shared how the actors had to be subjected to a filmmaking 101 as they shot their own scenes.  Not one to be discouraged by the difficult situation, the filmmaker said, “We had to do something kahit mahirap. Sanay naman tayo sa hirap. Naniniwala tayo na hindi pa panahon para mag-shoot ng maraming tao.” The director added that some exisiting footages he has on hand will be repurposed for the project.

The series, as explained, was created to tell a story that features almost our own lives. The intent, the director emphasized, is to blur the lines between reality and fiction. “Balangaw intends to show everyone how it is to survive just like everyone else and contextualize what is happening in the socio-political arena,” Direk Jay said. The recent closure of ABS-CBN which has a history of a shutdown back in 1972 was used as a clear example of how the current situation can be contextualized with history. 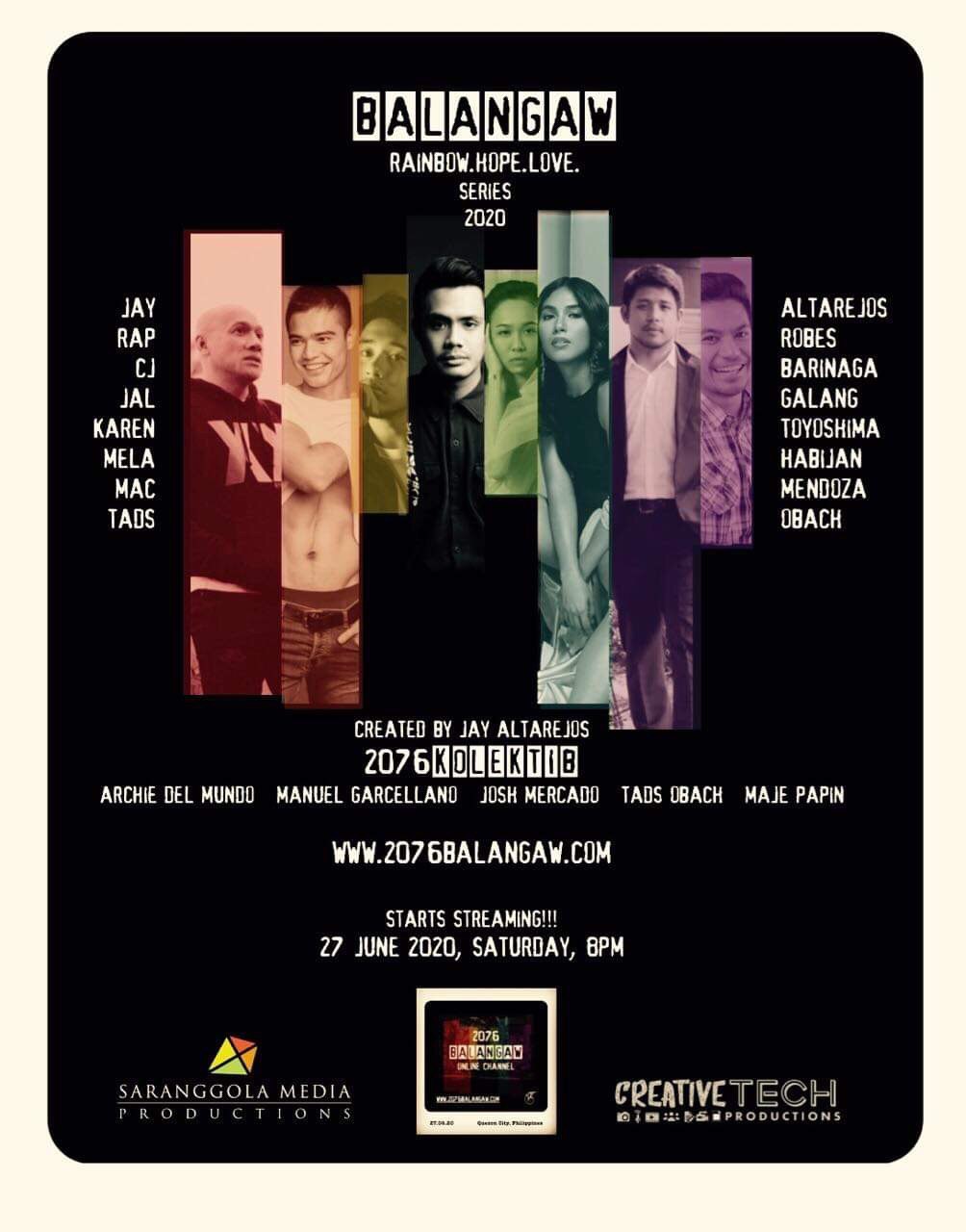 Faithful to his project’s purpose, Direk Jay was quick to confirm our assumption that the use of the actors’ real names for their fictional characters was intentional. He said, “As we blur the lines of reality and fiction, I think it’s a good part of the show to call them by their names.”

Asked about the relevance of this project at a time of crisis, Direk Jay turned emotional once again. “We are as essential as everyone else during the pandemic. We should live whoever we are whatever conditions we are in. Otherwise, masisira ang purpose natin. We cannot stop being a filmmaker, being an artist, especially under a repressive government like Duterte’s,” he strongly claimed. 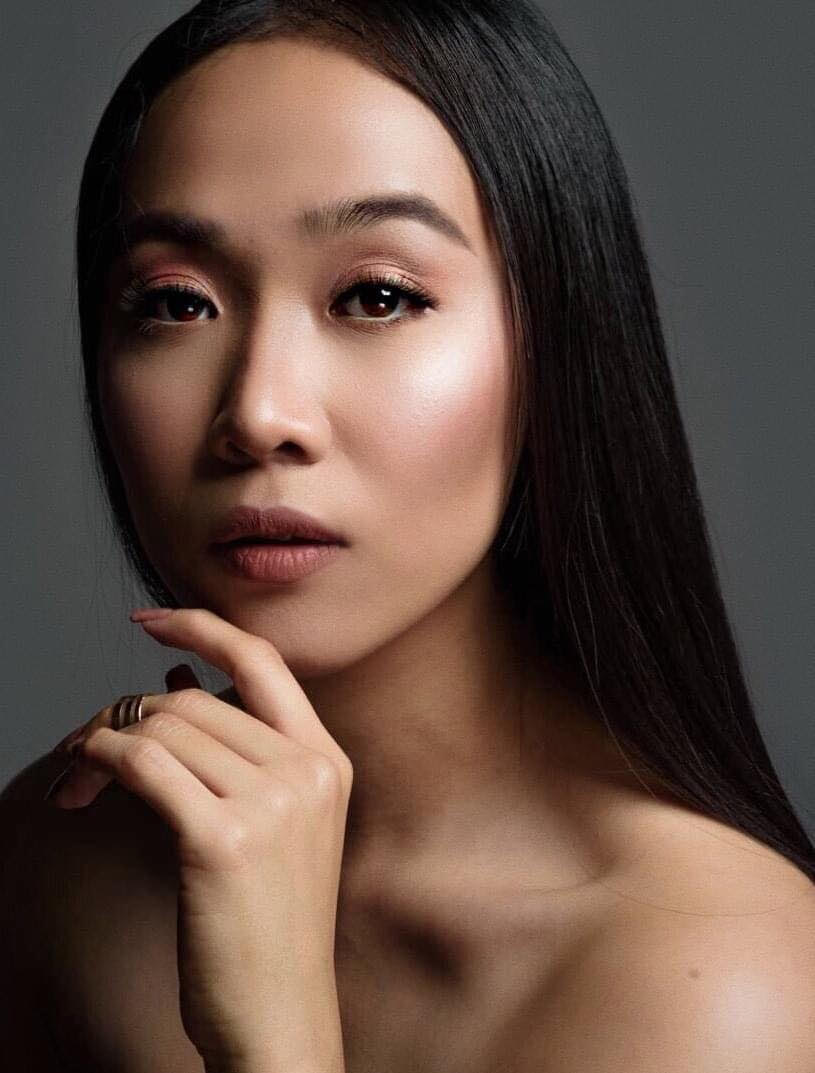 Karen is a lesbian actress who has been working steadily for years at ABS-CBN as a non-contract player. Although she has a longtime partner, she believes that having a child of her own will give her a profound sense of responsibility and purpose.

Artificial insemination is the way to go and she does not believe in crossing the line of her sexual orientation just for her to get pregnant.  She is best friend to Jal, another ABS-CBN bit actor, a bisexual; and Tads, another actor, an asexual. After depleting her savings to undergo in vitro fertilization, ABS-CBN has been shut down and the lockdown due to COVID-19 ensued. She is now under great duress for being pregnant without good prospects for the future. 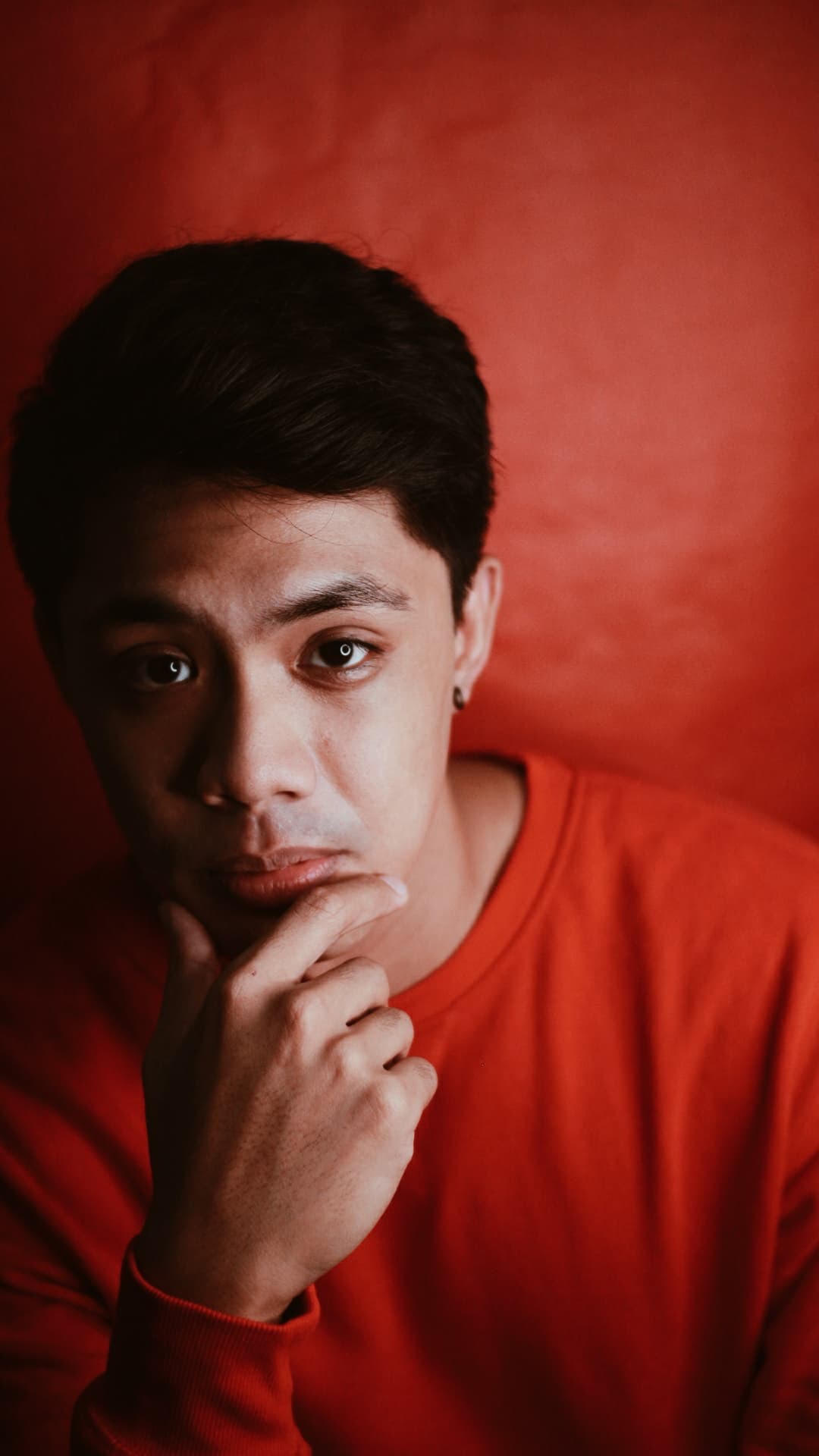 Jal’s role is a struggling bisexual actor who has also recently been affected by the network shutdown. He is the sperm donor to Karen’s fertilization procedures, and now equally anxious about embracing co-parenting responsibilities with her. He was abandoned as a child by both parents, making him cling to every person he is involved with. 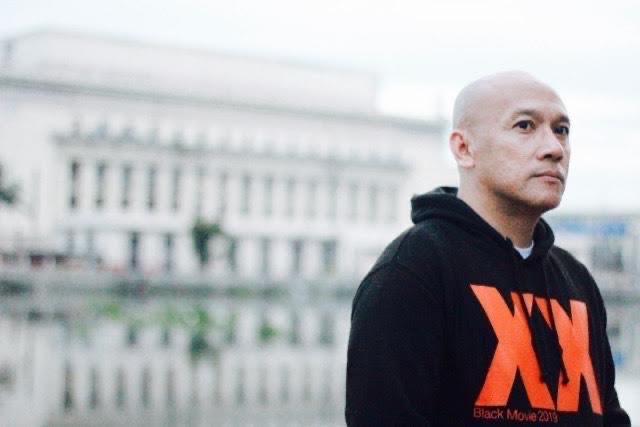 Jay is a sociopolitical filmmaker whose recent transition from popular LGBT films to staunchly political protest films has made him a controversial public figure of late. His no-holds barred opinions made him a target of contention by other filmmakers and producers, greatly affecting his creative pursuits and ability to earn a viable living. 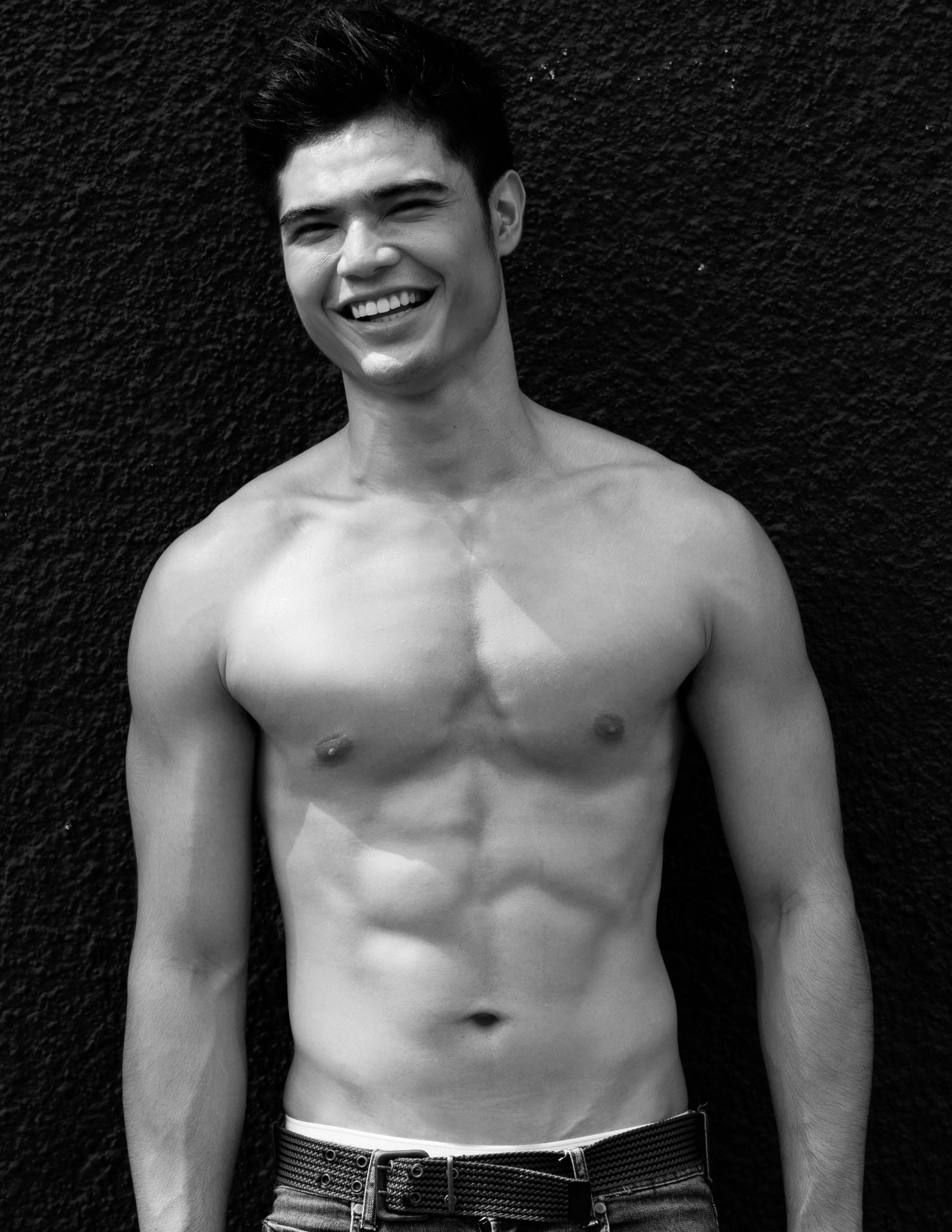 Right after the presscon proper, actor-filmmaker Rap Robes casually came out as gay. Asked what prompted him to come out, he shared how the COVID-19 situation was instrumental to his self-examination and realization of who he really wants to be. He also learned how fragile and short life is and does not want to live one full of regrets. He ended by saying, “I just want to be able to fully express myself and still be respected.“

Rap is an up-and-coming actor being groomed to become a leading man in commercial movies. Unknown to the public, he is gay and currently in a relationship with CJ, a dancer and digital content creator from Cebu. He has no choice but to stay at Jay’s apartment during the lockdown. 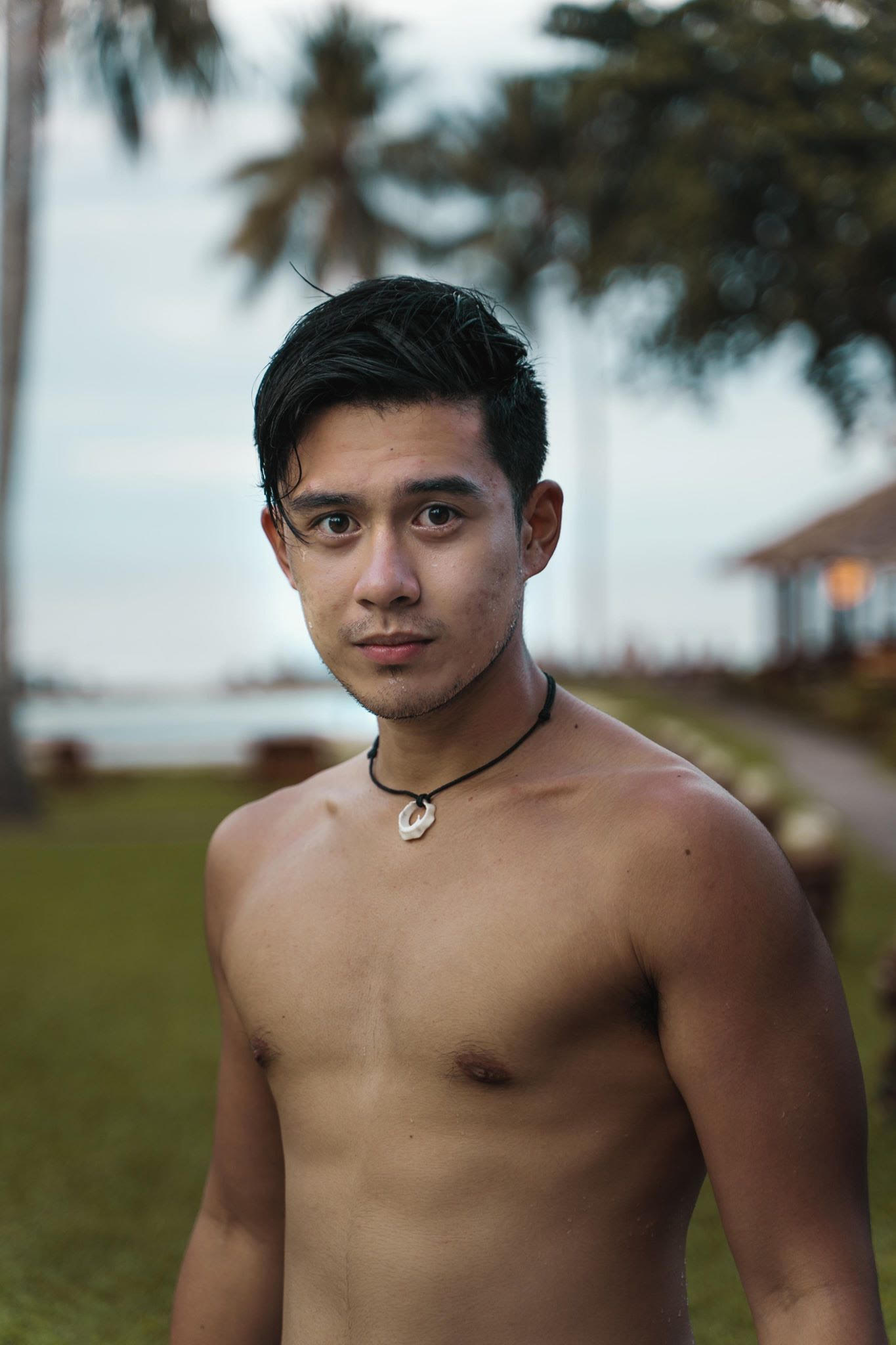 CJ is a theater actor from Dipolog and digital content creator, he has just experienced his first gay relationship with Rap whom he met at an acting workshop in Manila months before. Vulnerable and inexperienced, Mac depends on Rap’s “mentorship.” 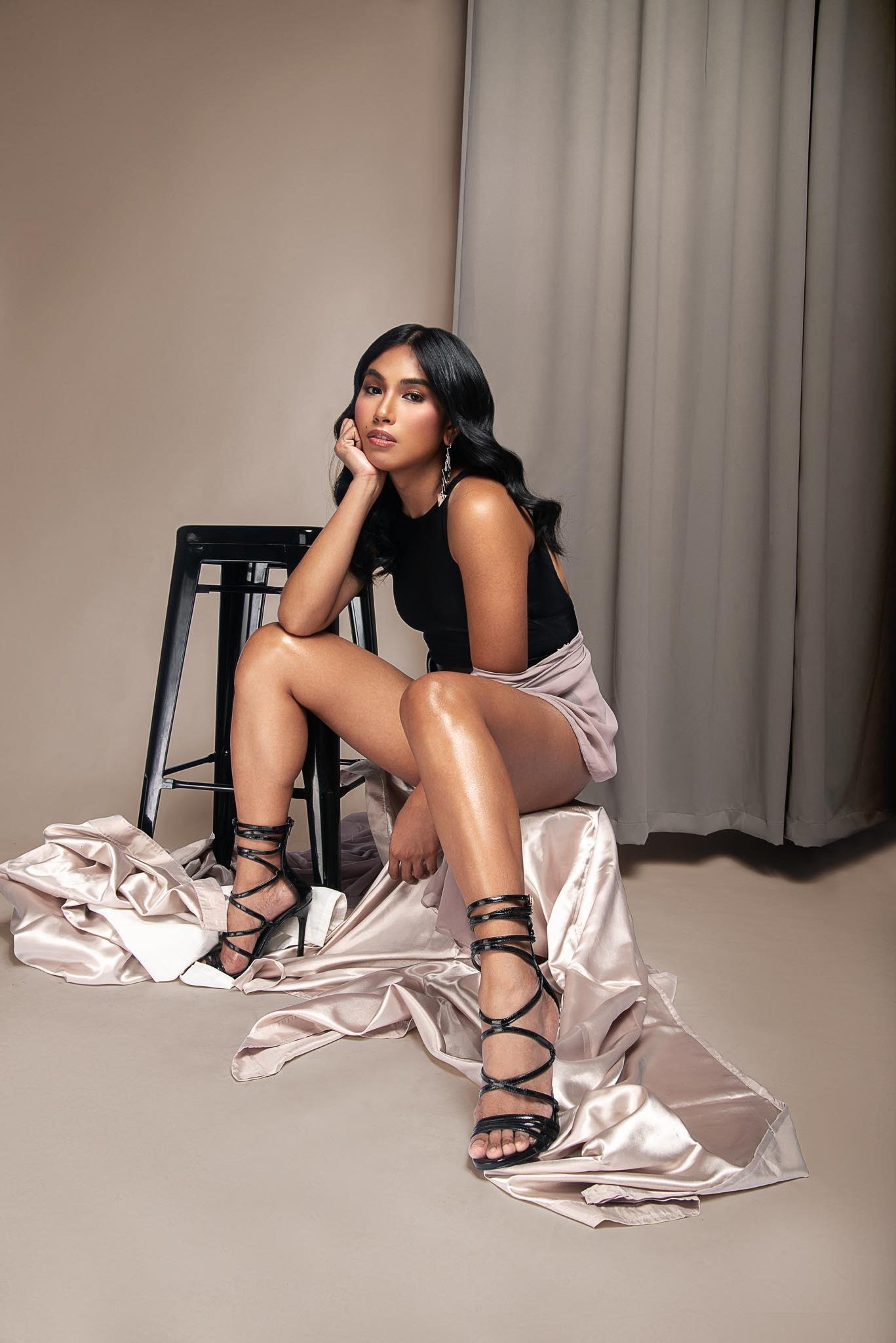 Mela is a former television personality who has shifted her priorities to transright activism. She’s also planning her next election campaigns having been the first transperson to run for public office in history. Currently, she is in a relationship with CJ, who identifies as a straight cis man. 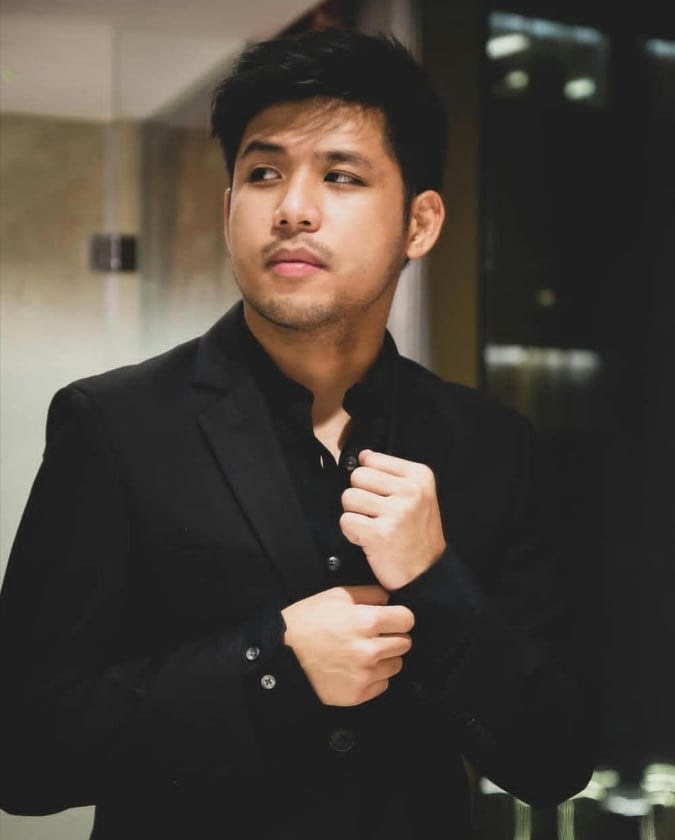 Mac is an actor and real estate agent born to a wealthy political family. When the news about his relationship with a transwoman becomes known to his conservative family, he thinks he needs to convince them and Mela, his girlfriend, that real love goes beyond label and SOGIE. 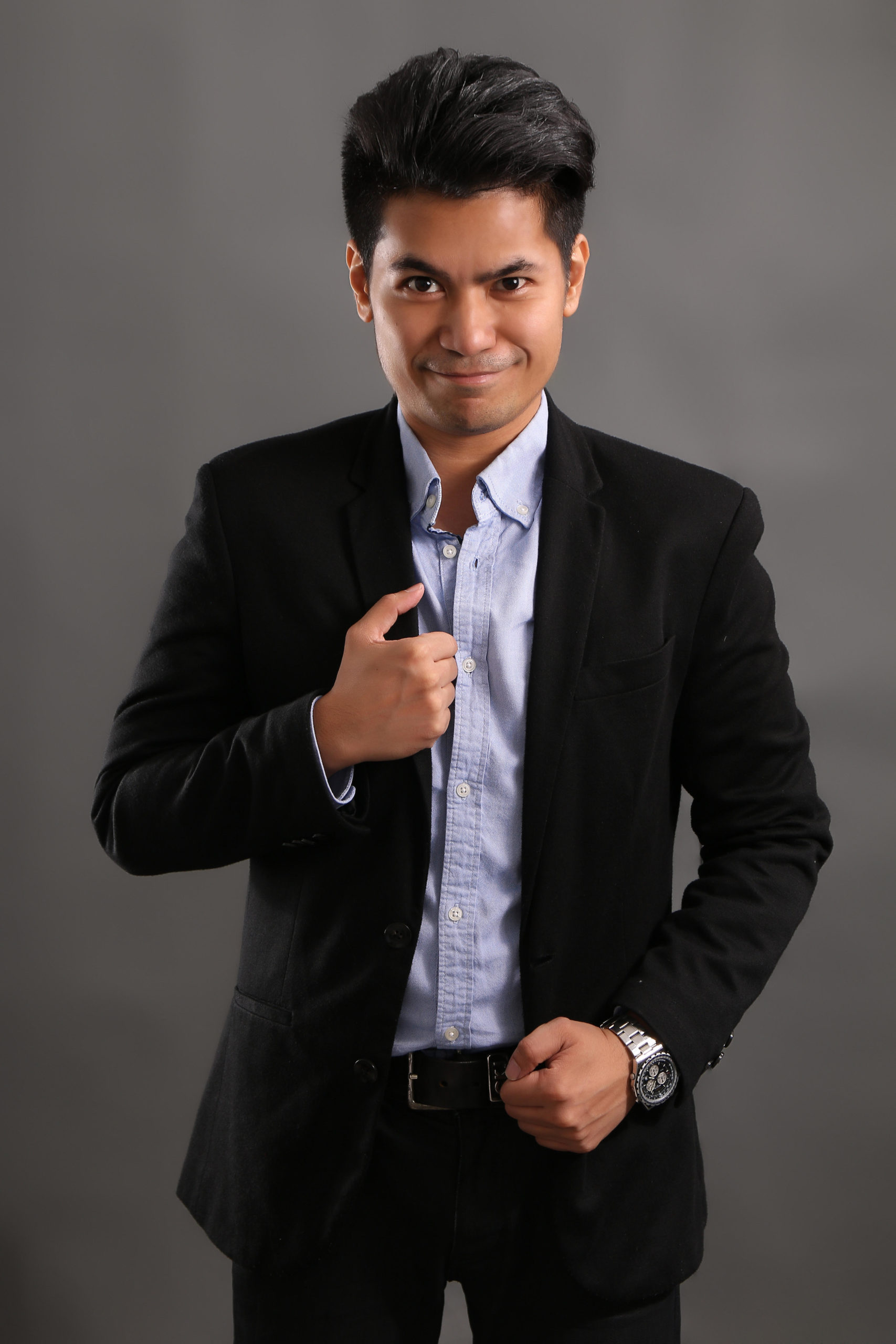 Tads is an actor who identifies as “asexual.” It is always his goal to break the stereotypes and myths about asexual people. They are just as normal and healthy as everyone else. They love, they desire, and they are also for romance whenever the right moment and person come along. Sex is just usually not part of them. He identifies as biromantic asexual. He is not actively attracted to partnered sex, but romantically attracted to both males and females. In the group, he is equally the common source of funny stuff and the go-to-guy when someone needs someone to talk to in confidence. 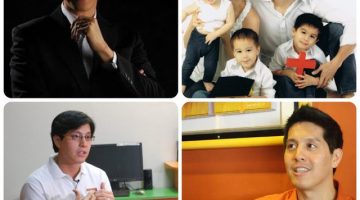 Random Cutie: Edric Mendoza is the Cutest TV Newsman for 2012