Broadband Rates: How Does the Philippines Fare Compared to Other Southeast Asian Countries? 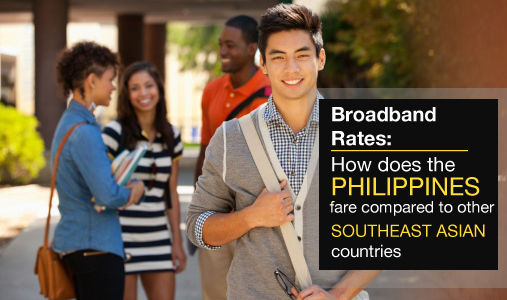 by P
In a recent report of ASEAN DNA, it revealed how slow our internet connections in the Philippines are in comparison to other neighboring countries. At an average of 3.6 Mbps, we have the slowest in Southeast Asia—slower than Laos (4.0 Mbps), Indonesia (4.1 Mbps), Myanmar and Brunei (both at 4.9 Mbps). See infographic below:

Mbps or megabits per second is a generic measurement unit used to calculate data transfer speed typically in network transmission platforms such as the internet. The higher number of bytes you are able to download per second, the faster your connection will be.

In the Philippines, we have a variety of options when it comes to internet service providers: PLDT, Globe, Sun, Smart, Wi-Tribe, Sky Broadband, and Bayantel. But which one really offers the most dependable internet speed and at the same time provides value for money to ordinary consumers like myself?

At home, my family personally uses PLDT since we prefer to bundle in our internet together with our telephone line. And as far as I’m concerned, it seems like the best one out there so far. But my research tells me otherwise… maybe it’s time to reassess again?

I am not a techie person but based on a simple research that I did, here’s a comparative study of the different basic packages that these local telco companies provide, focusing on the maximum Mbps they can offer (i.e. only within  the 1Mbps to 10Mbps range) and their corresponding rates. 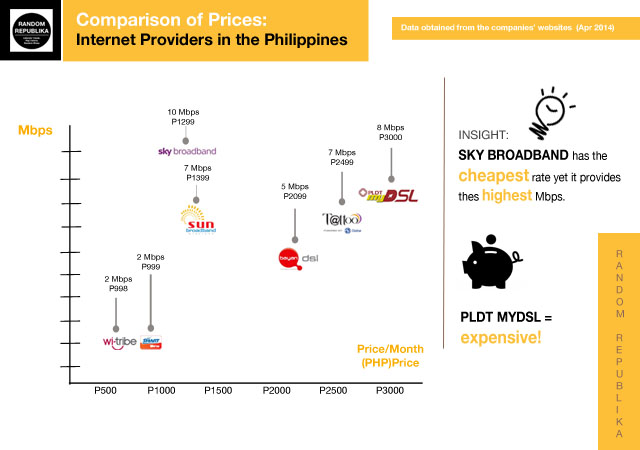 Well, well, I think it’s time to shift to Sky Broadband after this (I’m just not sure how great their service is)?

PLDT and Sky Broadband both offer internet packages at 10 Mbps and we’ll use this as our reference for this next analysis. Given that the broadband rate in the Philippines is at an average of PHP2,650 for 10 Mbps per month, how do we then fare against other Southeast Asian countries like Singapore, Malaysia, Thailand, Indonesia, Vietnam, Laos, Myanmar, Cambodia, and Brunei? 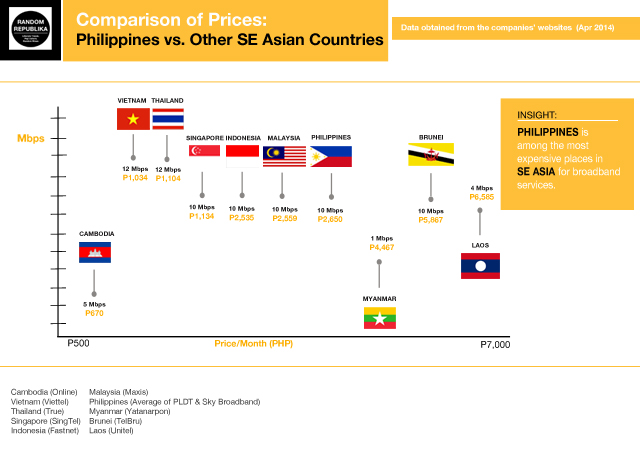 Your guess is good as mine! After doing some computations and conversions, my research shoes that we are paying twice more than what typical Singaporeans pay for (SingTel; around P1,134). At 10 Mbps, we are also much more expensive than the ones you can find in Indonesia (Fastnet; around P2,535) and even in Malaysia (Maxis; around P2,559).

So what are your thoughts about our standing in the region? Are there more rooms for improvement among our local telco companies? Feel free to share your comments below… 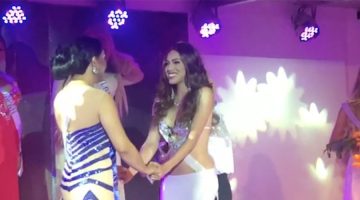