LINE vs. KakaoTalk (Jessy vs. Sarah?)

Hiphop artist D-Coy and singer/producer Eich combine their electrifying energy and charisma as they collaborate in a brand new, amazing single titled “Marupok,” which is released under Music Colony Records – the hiphop sub-label of Warner Music Philippines.

D-Coy is an industry veteran who started his career in 1995 as part of the rap group Madd Poets and he was also part of the first batch of Dongalo Wreckords artists under Andrew E. His first compilation album Loob At Labas was released under Warner Music Philippines.

Eich on the other hand is an R&B singer who has produced music for rappers such as Smugglaz, Basilio, Crazymix, and Flict-G among many others.

“Since ‘Marupok’ does not fall under the genre of R&B, it is so different from all the songs that I created,” says Eich. “The song is commercial and very relatable as I created it with the experiences of my friends as my main source of inspiration.”

“’Marupok’ is special because I rarely record love songs since most of my songs are anthemic and nationalistic. It  is a welcome and wonderful challenge for me as this is something new for me that I am excited to hear since day 1. I really want a lot of people to be able to relate to this song,” adds D-Coy.

D-Coy and Eich’s “Marupok” is now out with 14,000 views on YouTube and over 3,000 streams on Spotify. It also sits comfortably on Wave 89.1’s Daily Top Ten. With its catchy beat and lyrics, there’s no doubt that D-Coy and Eich’s collab is on the right track. 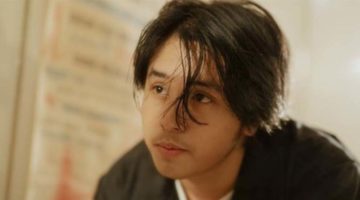