Isabelle Daza Shares What Happened in Argentina; Clarifies Solenn Heussaff is Not Yet Married

Random Trailer: Dingdong Dantes and Bea Alonzo in ‘She’s The One’

DJ Loonyo rebrands as P-Pop artist, launches ‘Loonyoverse: They Made Me Do It’ 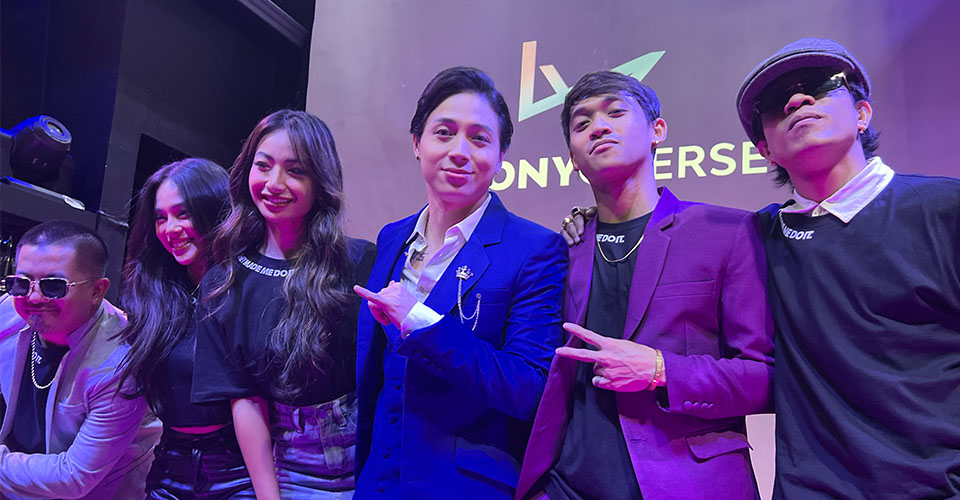 When it comes to talking about Loonyo, it almost seems like such an easy story to tell: from a simple dance challenge posted on social media back in 2016 came forth a new persona. The real origin story, however, runs much deeper than that.

From humble beginnings in Cagayan de Oro City, he set out to make a new mark in Metro Manila through his start as a competitive dancer. This then gave rise to more new beginnings — as a choreographer, a club DJ (from which his moniker hails), to trying his luck in China, where he eventually earned a top-ranking position in Hangzhou’s FSD Dance Studios. In the midst of the pandemic, he posted inspiring dance videos such as the top trend #FrontlinersDanceChallenge, which spurred forth millions of likes, shares, and new opportunities – particularly in television and music. He has been a sought-after performer on various musical-variety programs on Philippine TV, was a judge and headhunter on TV5’s “Popinoy”, and is currently seen regularly on “Wowowin”. DJ Loonyo continues to be a trendsetting social media personality.

Still with inspiration and big dreams in mind, Loonyo channeled his skills and talents further into music, having sealed a recording deal with Universal Records in 2021 and releasing tracks such as “Dance Under The Sun”, “Teka Muna”, “Sakin Ka Na Lang”, “Ganda”, and his recent collaboration with Gloc-9, entitled “Bakit”. As an artist, he is able to fuse together his talents as a hip hop dancer together with his wide taste in music to create a proudly global Pinoy sound. Loonyo’s next moves will be set to his own music, sparking his own trends, and creating unique multi-sensory experiences for all to enjoy.

ABOUT LOONYOVERSE
OVERVIEW OF THE CAMPAIGN
The “Loonyoverse: They Made Me Do It” movement is an original vision borne out of a career epiphany by Rhemuel “DJ Loonyo” Lunio himself. With years of experience realizing one role after another – internationally acclaimed dance artist, choreographer, DJ, TV actor, leader, and businessman – he is now about to open yet another dimension of himself: being the captain of a synergised ship heading towards a brand new P-Pop universe, the Loonyoverse.

“They Made Me Do It” is the official cryptic code signaling anyone and anything on board the movement. Who are “They”? “They” refers to those that matters most: those we care about, those who cares about us, those looking up at us, those who share the vision and even those that don’t, and ultimately, our own voice. Therefore, the alien-inspired theme is simply DJ Loonyo’s novelty expression of communicating his hopes and dreams – that if you believe at something, even without seeing it in the flesh, then you already took the first step at manifesting its reality. The movement’s marketing campaign efforts are co-produced by DJ Loonyo himself and KK Kreate and Konnect Multimedia Productions, Inc. – a kreative and konnective force for good specializing in its complementary trifecta: merchandise, multimedia productions, and marketing solutions.

CONCERT DETAILS
The “Loonyoverse: They Made Me Do It” The Take Off Concert is the first ever solo concert of DJ Loonyo
launching his distinct brand of music. Celebrating this milestone with him is his very own music group, Area 63, or shortly, A63. The up and coming music group is poised to skyrocket as it is brimming with multitalented and multi-platform artists and influencers namely, Mannex Manhattan, Amari, Freshbreed, Yuki Takahashi, Ken San Jose, and their resident music producer, Solomon Stark. Dance performances will also feature two of the dance community’s well-sought and awarded groups, RockwellPH and Youngins.

See also  For Reel or For Real? Maine Mendoza Says 'Yes' to Alden Richards; They Say 'I Love You' to Each Other

Tickets are officially out with the following details:
VIP: P2000
GOLD: P1500
SILVER: P1000
DATE: December 8, 2022
VENUE: Matrix Creations Events Venue, 11 Malakas St., Diliman, Quezon City
TIME: Matinee 3:00-5:00PM | Gala 7:00-9:00PM
DJ Loonyo, together with the rest of the Loonyoverse community, assures all ticket holders that this is the kind of diverse concert experience they never saw coming. With the elements at play – all proudly original music, a 360-degree stage set up, a virtual reality designed venue for a guaranteed audio visual feast, and dance routines that will take you to the edge of your seats – it proves to be the year-ender you sure wouldn’t want to miss. 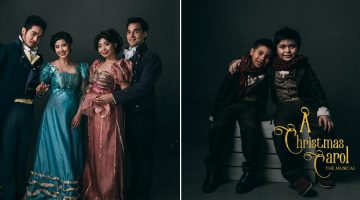