ASAP Gears Up For Toronto, Canada on July 29

Execs behind newest Filipino-Korean streaming app: ‘AQ Prime is for everyone!’

AQ Prime Stream is all systems go as its begin with its all quality entertainment offerings. For its 100 pesos promo price offering, audiences are assured of a three-month uninterrupted access to movies and shows presented by the fresh digital entertainment platform in Manila.

“From the start pa lang po ng AQ, meron talaga kaming plan ihiwalay ang sexy movies from wholesome movies. That’s why we Director’s Cut [by AQ],” Atty. Honey Quiño, one of the AQ Prime founders, explained to the press how the team is being responsible about safe viewing for the young audience.

“AQ Prime is for general patronage. We’re showing educational films, we’re partnering with the Department of Natural Resources (DENR), we have a creative pool of writers that are doing shows for that. For ages 0 to 99 to a hundred,” RS told Random Republika during the Q&A. “Director’s Cut, [for] 18 and above. We’re making sure it’s very bold, literally and figuratively. Lahat ng mga art films na risky andun narin.”

“Again, I’d like to stress that it’s password-protected and we’re very stringent pagdating nila ng sign-up kasi may mga IDs and all,” the award-winning actor and business executive added.

AQ Prime Entertainment is a streaming company in the Philippines that offers original films and legacy movies, pay-per-view live events/shows, rent-to-view on-demand adult movies, and channel subscriptions in the Philippines and across the globe. AQ Prime presents a broad range of content across original content, news, sports, live shows, and festivals, and key partnerships in Southeast Asia. AQ Prime Entertainment is a subsidiary of A & Q Productions Films, Inc. Learn more from the website at www.aqprimestream.com. 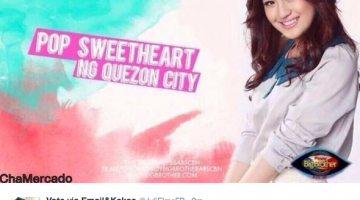