Watch: Nadine Lustre’s Kilig Thank You Message for James Reid at the JaDine In Love World Tour in Doha

After a number of appearances as a guest host, Kim Chiu officially joined “It’s Showtime” as its newest host today.

Kim, who also opened the live episode with an explosive song and dance number, shared her excitement to finally be part of the noontime show’s family.

“Thank you for welcoming me and for allowing me to be part of the program. I’m really happy that I will get to spend every day and have fun with the ‘madlang people.’ Thank you very much. Kapamilya Forever,” she said while holding back her tears.

Netizens were just as excited as Kim as they welcomed the actress by posting about the episode on Twitter, making it the top trending topic on Twitter in the Philippines with the hashtag #ShowtimeCHINITAnghali.

Twitter user @pearlagua_ posted, “What a sweet welcome by the Showtime family. Congratulations, Kimmy cutie! This will really bring good vibes. The bond they have is different and it’s nice to think that Kim will be a part of that.”

“The feeling that you are finally a main host of Showtime after only being a guest host before. We’re so happy for you Kim!” shared @nizzieh01 on Twitter.

Don’t miss “It’s Showtime” at noon from Mondays to Saturdays on Jeepney TV and Kapamilya Channel (SKYcable channel 8 on SD and channel 167  on HD, Cablelink channel 8, G Sat channel 2, and most cable operators under the Philippine Cable and Telecommunications Association (PCTA) nationwide.

Watch it online via Kapamilya Online Live on ABS-CBN Entertainment’s YouTube channel (youtube.com/abscbnentertainment) and Facebook  page (fb.com/ABSCBNnetwork) or on the iWant TFC app and on iwanttfc.com. 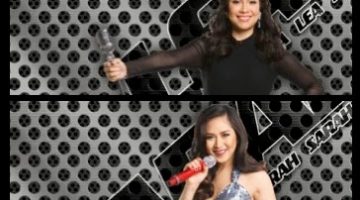