Look: Atom Araullo’s Official Statement on His Resignation as an ABS-CBN News Reporter

Most of you guys who have had the privilege of owning pets (or even petting an animal in a zoo) would know just how much joy these furry, feathery, or scaly pals can bring into someone’s life. And no, we animal lovers don’t really mind cleaning up after our pets, or the bouts of allergies we get from dander and fur laden with rhinitis-inducing animal proteins, or even when Bantay and Rover turn our favorite loafers into a pile of masticated leather. No, sir. The unconditional love these guys give back is a most priceless gift.

In this post, we share with you some of our favorite celeb-and-animal love! love! love! (a la Kris Aquino) moments. We’re not certain if all the pets featured here are still around (alas, they live very short), but if some of them aren’t anymore, then maybe this is a fitting tribute for them. And this is also for all of you guys out there who love your pets and who love animals in general. Hope you enjoy it!

Maybe it’s only fitting that we start with Xian Lim. After all, he’s winning our hottest chinito poll this week, so we’re guessing that by putting his pics here first, we can make this blog post popular, too. Lol. In these photos, he’s seen canoodling with a wallaby during a trip to Melbourne, Australia. We know it isn’t actually his pet, but hey, this is our first Cute Friday post, right? Some folks over at Facebook referred to the animal as a kangaroo, but we seriously doubt that it is. It’s kinda small and plump for a roo. Either way, she’s lucky to have been able to kiss Xian on the cheek 🙂

See also  Do You Already Miss Atom Araullo in the Kapamilya Network? Watch Him Resto-Hop in Hong Kong Tonight on the Lifestyle TV Channel

And here’s Angel Locsin hugging her bichon frise, Pwet Pwet (as in “butt-butt” Angel??), whom she took home in 2008. The picture on the right shows Pwet Pwet during her puppy days.

We loved the show Bantatay because it’s probably the only drama series to have ever promoted love for animals. Here, Raymart Santiago is seen with the pooch who played Bantay, the dog into whose body Raymart’s character, a veterinarian, was reincarnated after he died. That reincarnation bit kind of reminds us of the Japanese anime series Bubu Chacha, which was also heartwarming.


And how about this? Toni Gonzaga cheek by jowl with her golden retriever, Wu-wu! This is such a happy picture! Thanks to whoever posted this photo of Toni in that Bianca Gonzalez forum. This was actually from a Starstudio Magazine article published way back in 2005. Did you know that the dog’s name, Wu-Wu, is a contraction of the name of Toni’s now defunct news parody show, Wazzup-Wazzup?

We’re letting the canines take a break for a while so you can marvel at Daniel Matsunaga’s snake. Lol. We don’t really know if this is his pet, but it sure is a beautiful animal. We’d also like to take this opportunity to rant against those people who kill or harm pythons because of their ignorance. Yep, we see it often on the news, right? Sadly, those tabloid-ish evening newscasts almost always sensationalize python sighting incidents instead of educating people about what to do should they encounter big snakes like this. In case you run into one someday, please contact wildlife officers from the Protected Areas and Wildlife Bureau.
See also  How-to: Skincare a la Francine with Dr. Alvin

Heart Evangelista is one our most favorite celebrity animal lovers. In the past, she has supported the Philippine Animal Welfare Society (PAWS), which is promoting the importance of upholding the dignity of mongrels or “askals” in the Philippines. Nevertheless, we don’t quite agree about calling mongrels “aspins,” as in “asong Pinoy” or “Philippine dogs.” Why? Because mongrels exist everywhere in the world, right? 😛

Speaking of askals, Anton del Rosario might be an Azkal himself, but his doggie looks like (if we’re not mistaken) a Rottweiler. Parehong pogi 🙂
We can almost feel KC Concepcion’s sheer visceral joy in these photos 🙂 We’re quite sure the kitty and the dog feel the same way about her (they all look so happy!).
Gerald Anderson’s pet Shih Tzu, Oreo, was given to him by Gina Pareño when the two were still working together in the hit ABS-CBN TV Series, Tayong Dalawa.
Bianca King is seen in these photos with an equally beautiful Maltese schnauzer named Burger 🙂

And here’s Anne Curtis with her pet dog, Princess. Anne had this snapshot taken while they were on their way to a photo shoot.

Vina Morales is another Philippine Animal Welfare Society supporter. We sure hope all these celebs can start a trend in adopting homeless dogs and cats.

And of course, our list wouldn’t be compete if we don’t have Matanglawin host Kuya Kim Atienza on it. The snake is obviously not his pet, but we still love this guy for promoting the welfare not only of companion animals, but wildlife animals as well 🙂 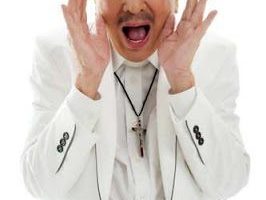