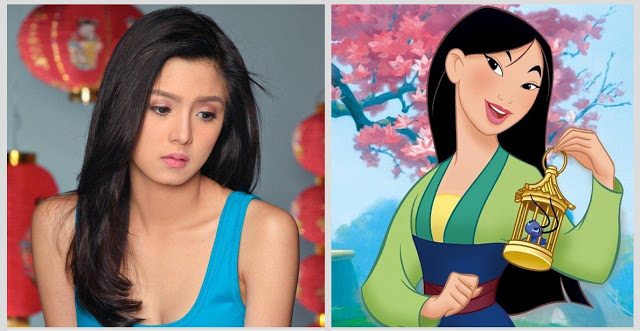 My Binondo Girl lead actress Kim Chiu had been vocal during the promotions that her current primetime teleserye is very much like the Chinese folktale and Disney’s animated film, Mulan. While Mulan disguised herself as a man in the army to take her ill father’s place, Jade (Kim Chiu) in My Binondo Girl is in a dual role and falsely takes the place of her dead brother Yuan. Jade attempts to gain the love and respect of her father, Mr. Chen Sy.

In the midst of striking similarities are also major differences between the two. We have to admit that My Binondo Girl proved us wrong in expecting more parallelisms to Mulan than it is showing now. Except for the whole Chinese and woman-in-disguise-to-prove-herself content, the series is boasting of an entirely different story. We just assume that both stories depict the reality of pretending to be someone you’re not as an accidental means to discovering who you really are.

In the animated film, Mulan’s character was portrayed to be clumsy and lacking in so many ways while Binondo Girl Jade is an efficient young woman who graduated summa cum laude from college. Unlike Mulan whose eventual success caught everyone by surprise, Jade already shows so much potential and just seems to be waiting for her time to shine.
Jade also beats Mulan in the sex appeal category. While Mulan initially sought the help of a matchmaker to find her a husband, Jade is portrayed to be effortlessly attractive. In fact, she catches the attention of not just one, but three heartthrobs in the story.
The story reaches its peak this week as Jade’s secret is at the brink of getting exposed. We have to stay tuned to find out how things will unfold in the coming days.
Random Resemblance:
In the meantime, we share with you the songs (and lyrics!) from Mulan and My Binondo Girl. Both resonate the identity crisis theme. Highlighted are lines with similar messages.
MY BINONDO GIRL
Theme Song: SINO AKO
by Regine Velasquez
Video: Youtube (user kforkg)

Look at me
I will never pass for a perfect bride 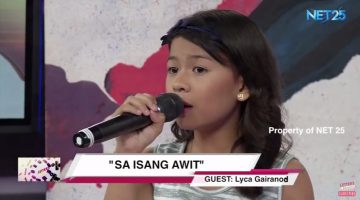