Spotted: Jasmine Curtis in Italy with Alden Richards and Maine Mendoza for the AlDub Movie? 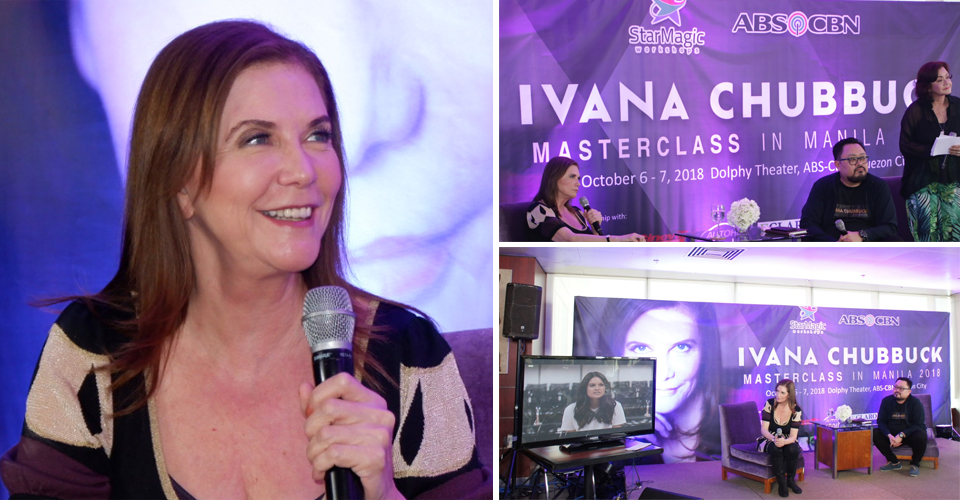 Internationally-acclaimed acting coach Ivana Chubbuck is once again coming back to Manila to further hone artists not only as performers but also as winners in life.

Ivana will be holding her two­day workshop for actors of Star Magic and ABS­CBN actors on October 7 and 8 at the Dolphy Theater. She is best known for being an acting coach to Academy Award Winners and Nominees such as Gal Gadot, Halle Berry, Jared Leto, Sylvester Stallone, Brad Pitt, Jim Carrey, Charlize Theron, Beyonce, Jessica Biel, Eva Mendez and David Ayer, who happens to be the director of the blockbuster, hit Suicide Squad.

Yesterday at the #IvanaMasterclass2018 presscon: Premier Hollywood acting coach #IvanaChubbuck and her accredited acting teacher and TV-and-movie director #RahyanCarlos | Ivana is set to hold a masterclass for handpicked #StarMagic artists and some ABS-CBN executives, directors, business unit heads, and film enthusiasts. The private event is happening this October 6 and 7. #IvanaMasterclass2018 #DiscoverYourPower

After visiting for the first time in 2014 to introduce her famous Chubbuck Acting Technique, then validating the approach in her 2016 visit, this time, Star Magic Artist Training Head Rahyan Carlos explains that Ivana’s visit would center on the strengthening of her brand of acting that would enable the actors to #DiscoverYourPower.

According to Direk Rahyan, the only accredited Chubbuck Technique teacher in the Philippines, Ivana’s approach isn’t only limited for actors, but it can also cater to writers and directors as it teaches you how to win in life as well.

“Her technique is all about winning. When you get objective in your script or in your character, you make it personal. Then lalagyan mo ng subsititution in life yan. While you’re doing that process, you’re also facing your deep-seated issues in life, so ngayon nababago ka and it won’t only make you as a better actor but also as a better person,” he explained.

This year’s 3rd Masterclass would have 16 participants, majority of which are Star Magic artists, who were handpicked by the ABS-CBN executives.

Based on their brief acting profiles, Ivana herself randomly chose the scene studies, which the  artists had to rehearse for with their respective partners to showcase at the masterclass. After which the premiere acting coach would critique their performances and they are expected to incorporate the comments on their finale performance the following day.

Apart from Ivana, some esteemed ABS-CBN executives, directors, business unit heads and film enthusiasts would also be present at the masterclass in order to witness the transformation that the artists have made in their performances.

Be an observer at Hollywood acting coach Ivana Chubbuck’s masterclass at the Dolphy Theater this October 6 and 7. For inquiries, visit the Star Magic Workshops’ official Facebook page at https://www.facebook.com/starmagicworkshops/ or call them at 4152272 local 5243, 5244 & 5142 from Mondays to Fridays 1pm to 5pm. You may also email them at [email protected] cbn.com. 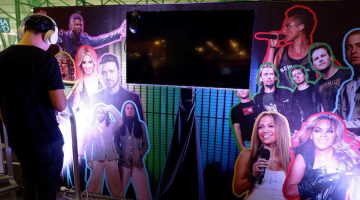