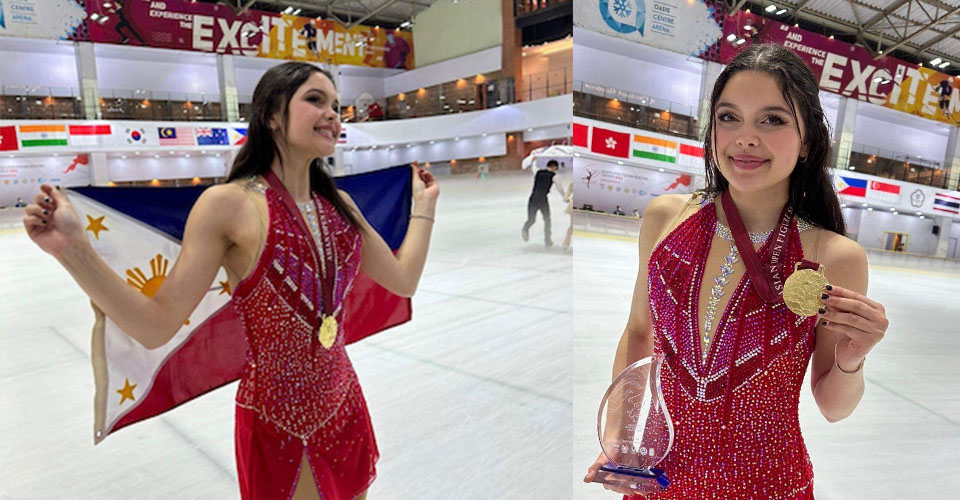 This is the latest achievement of a Filipino athlete as Frank is currently the highest scoring ISU Female athlete in the Philippines while being a two-time Junior World Figure Skating competitor.

Frank’s victory in Indonesia is instrumental in the adoption of Senate Resolution No. (SRN) 360 that was introduced by Senator Bong Revilla, which recognizes and congratulating Frank for her impressive performance at the annual figure skating competition.

According to Revilla Frank bested 8 other competitors during the contest which earned her the gold medal.

“With Sofia’s latest victory I am more proud to be a Filipino. Truly, our Filipino players are not only considered world-class athletes but also world-class champions,” Revilla said in his co-sponsorship speech. Frank, Revilla added, bagged the gold medal after scoring 50.19 points in the Short Program Segment and 93.78 points in the Free Skating, garnering a total of 143.97 points in the Senior Women category.

The senator added that he would not be surprised if Frank would one day represent and become the first Filipino gold medalist in the Winter Olympics.

“Sofia, continue soaring high. We are so proud of you. Long live the Filipino athletes,” he added.

Senate Majority Leader Joel Villanueva also expressed his gratitude to Frank for her outstanding performance during the figure skating competition and for showing the world-class ability of Filipino skaters. “The exceptional performance of Sofia Frank at the 2022 Asian Open Figure Skating Trophy is a testament to the perseverance, excellence, and world-class talent of Filipino skaters,” Villanueva added.

Frank started skating at the age of three and was trained by Natasha Adler De Guzman and Quida Robins for 10 years until she was taken under the wing of world-renowned Olympic coach Tammy Gambill where she competed at the Junior-Senior level of in United States Figure Skating and International Selection Pool.

Currently Frank is undergoing rigorous training in time for the 2024 Winter Olympics in Paris, France in which she will represent the country in its Figure Skating competition.

Today, Frank is in the Philippines for the Carols On Ice fundraising gala of Philippine Skating Union (PHSU).

PHSU is the National Sports Association managing figure and speed skating in the Philippines. The organization is committed to help Filipino elite athletes an aspiring skaters reach their full potential through training while opening doors for them to compete in the international arena.

Carols On Ice is happening on Dec. 21 (Wednesday 8pm) at SM Mall Of Asia’s skating rink. This show is organized by PHSU in collaboration with SM Skating. This year’s theme is “Journey To A Dream” and the event features Frank along with other skaters performing to current chart-toppers, standards, OPM hits, and homegrown Christmas tunes to spruce up the holiday spirit.

Carols On Ice also aims to nurture and expand awareness for ice skating in the Philippines. This event is an opportunity for young athletes to grow and give back to the sport by showcasing their talent, skills, and passion here in their homeland. 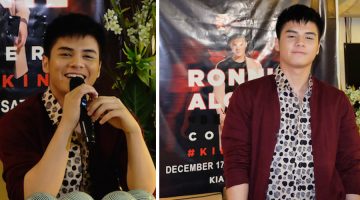