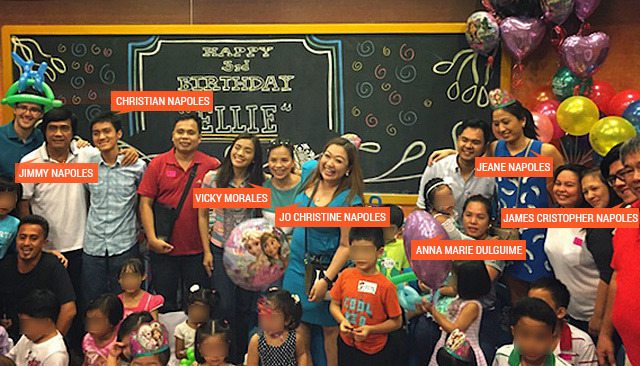 Rappler reported today that Jeane Napoles, daughter of Janet Lim Napoles (allegedly the mastermind behind the biggest corruption scandal in the Philippines), was apparently in Manila since October 2014 for a kiddie birthday celebration of her cousin, Ellie.

Aside from the Napoles family, GMA 7 new anchor Vicky Morales was also sighted in the said event. Vicki, who is neighbors with Jojo Napoles (Janet’s brother), quoted that she attended the party to accompany her daughter who is close friends with Jojo’s daughter.

(Photo above: from Rappler) 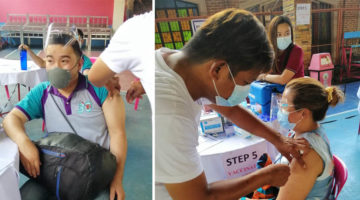