VIRAL: Girl Looks for MRT Crush in Singapore via Facebook

LOOK: Devon Seron Takes on the Lead Role with Korean Stars in Filipino-Korean Film ‘You With Me’ 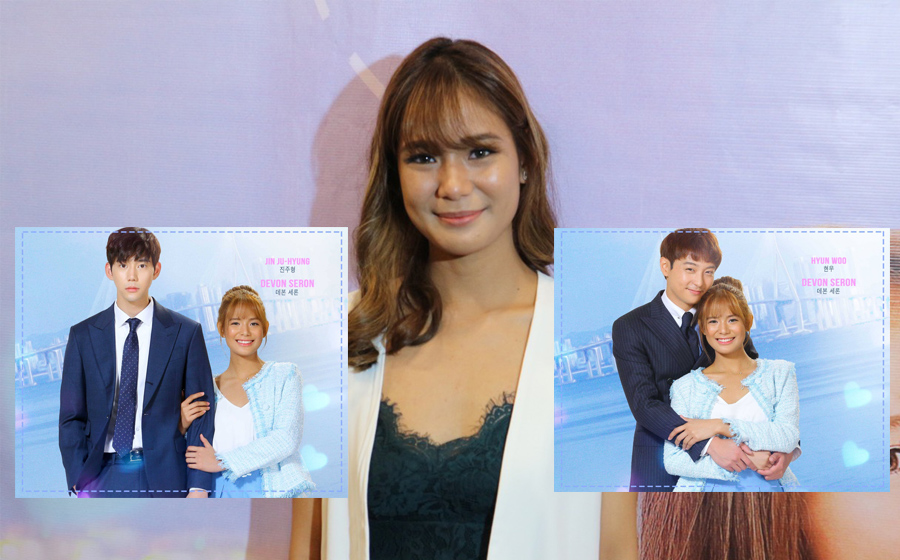 After seven years of portraying support roles in a number of movies and shows, Pinoy Big Brother alumna and Star Magic artist Devon Seron is finally taking on the role of a leading lady in the Philippine-Korean movie collaboration “You With Me.” 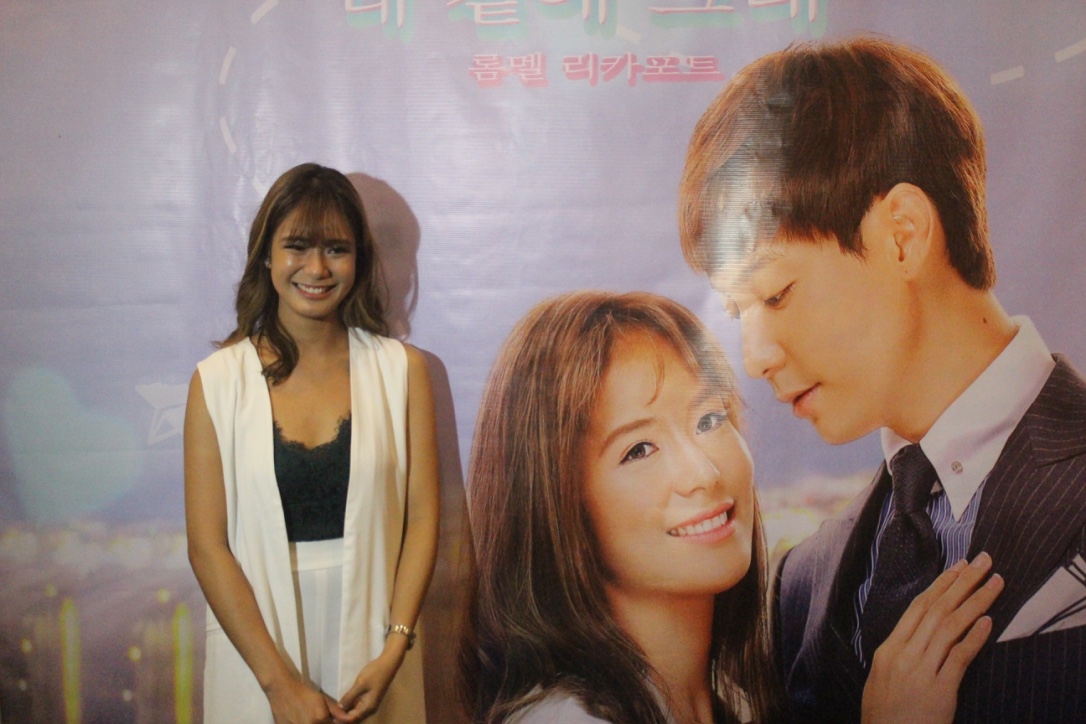 Devon will topbill the film with two Korean Drama actors namely Hyun Woo, who rose to fame via the KBS show “The Gentlemen of Wolgyesu Tailor Shop” and Jin Ju Hyung, who became popular due to the KBS2 show “Hwarang: The Poet Warrior Youth.” 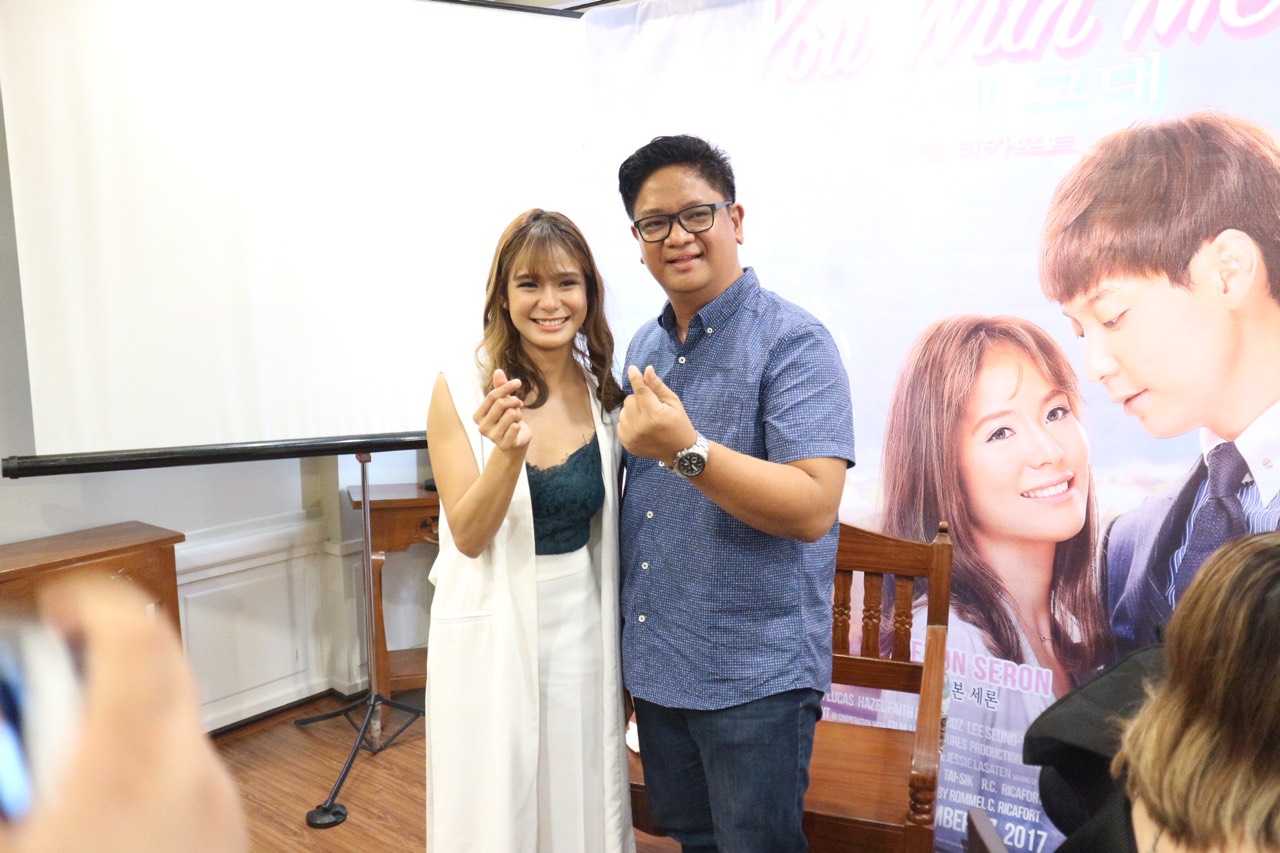 Devon Seron with Director Rommel Ricafort at the pocket presscon 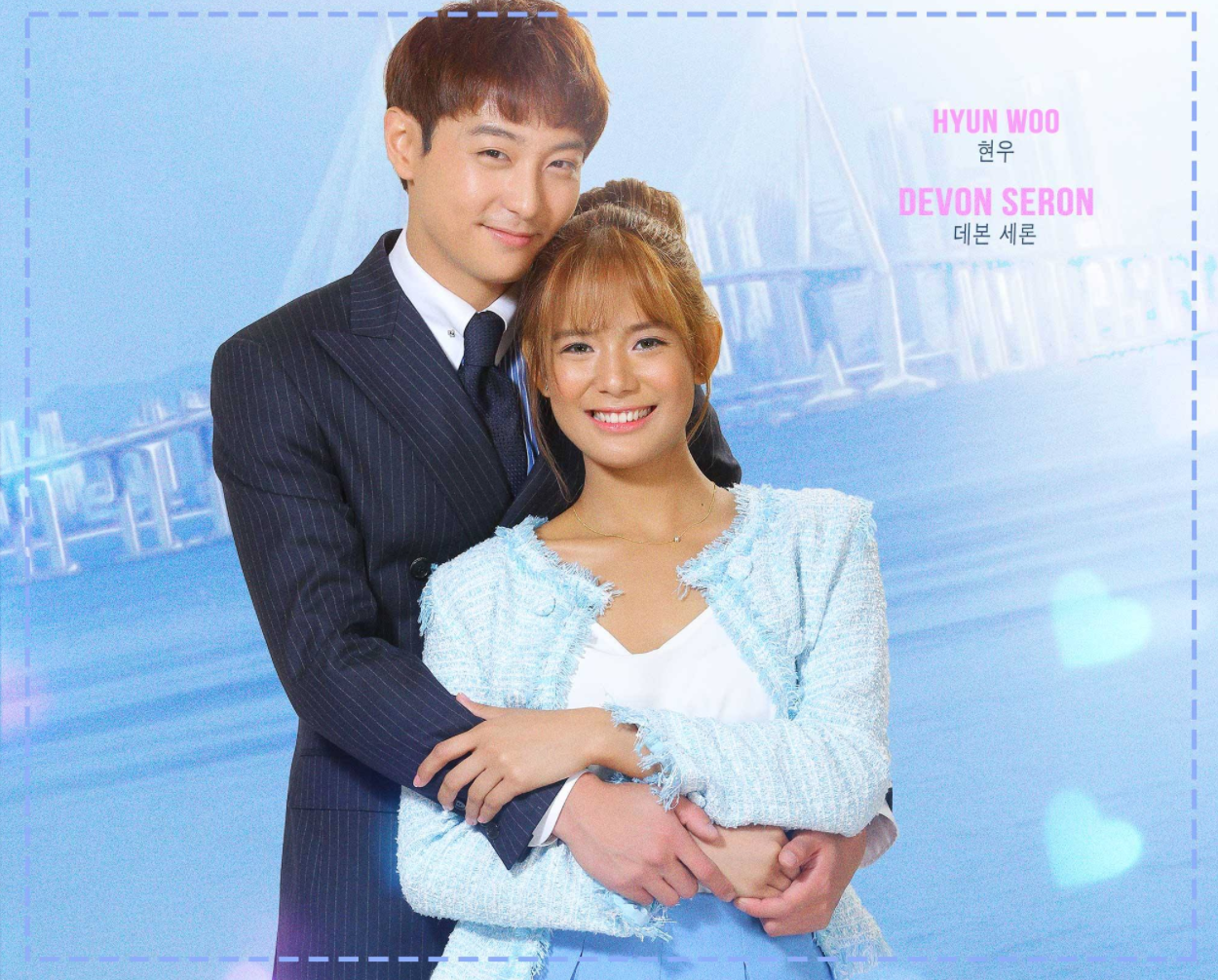 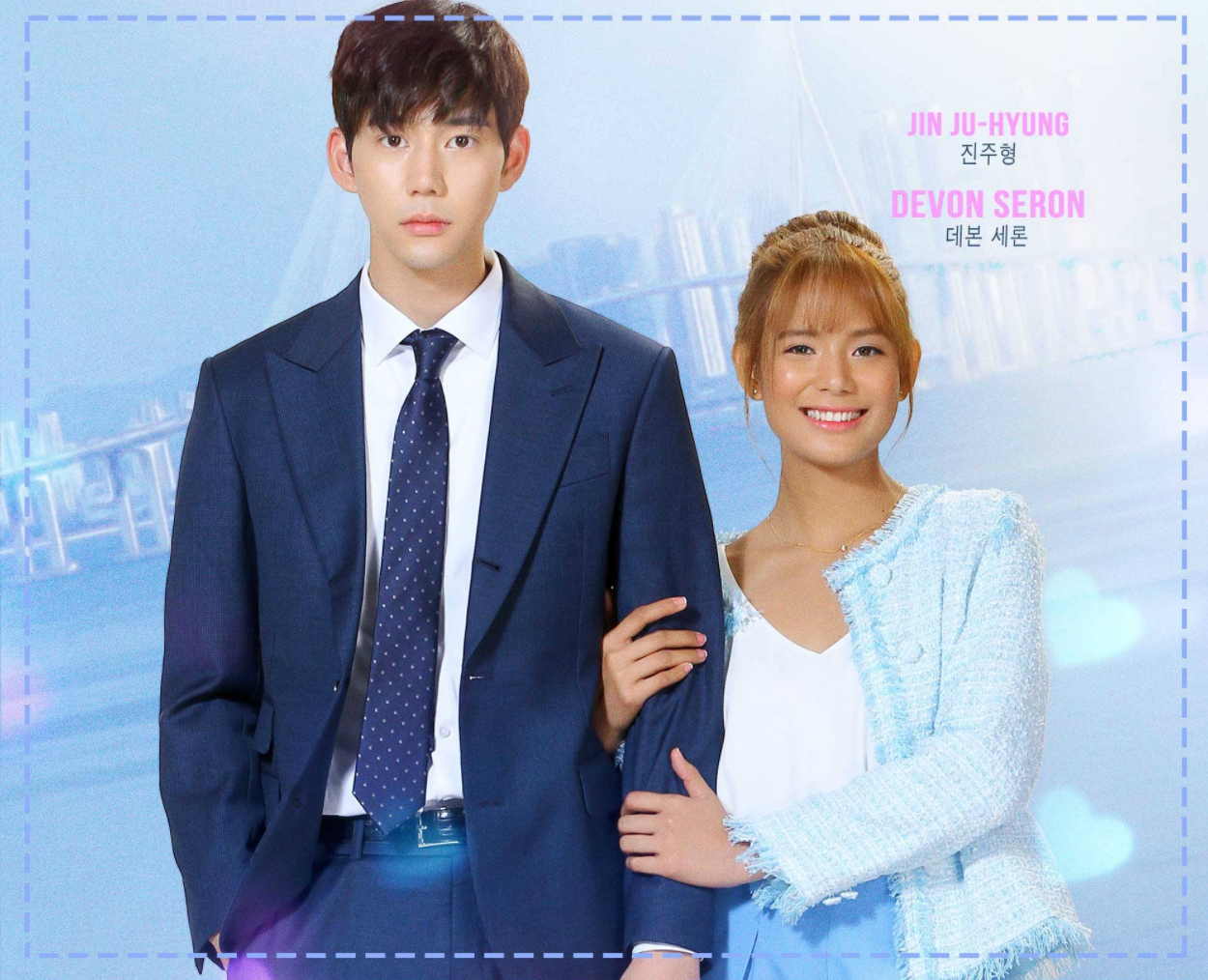 A still amazed Devon unabashedly shared that she only got the role after “gatecrashing” an audition for what she thought was an independent film.

Devon was already gearing up to brush the project aside as something unsuccessful after her life-changing audition May of this year. According to her, she never really imagined that she would make it to the second level screening mostly because she had to vie for a spot in the film against far experienced actors. 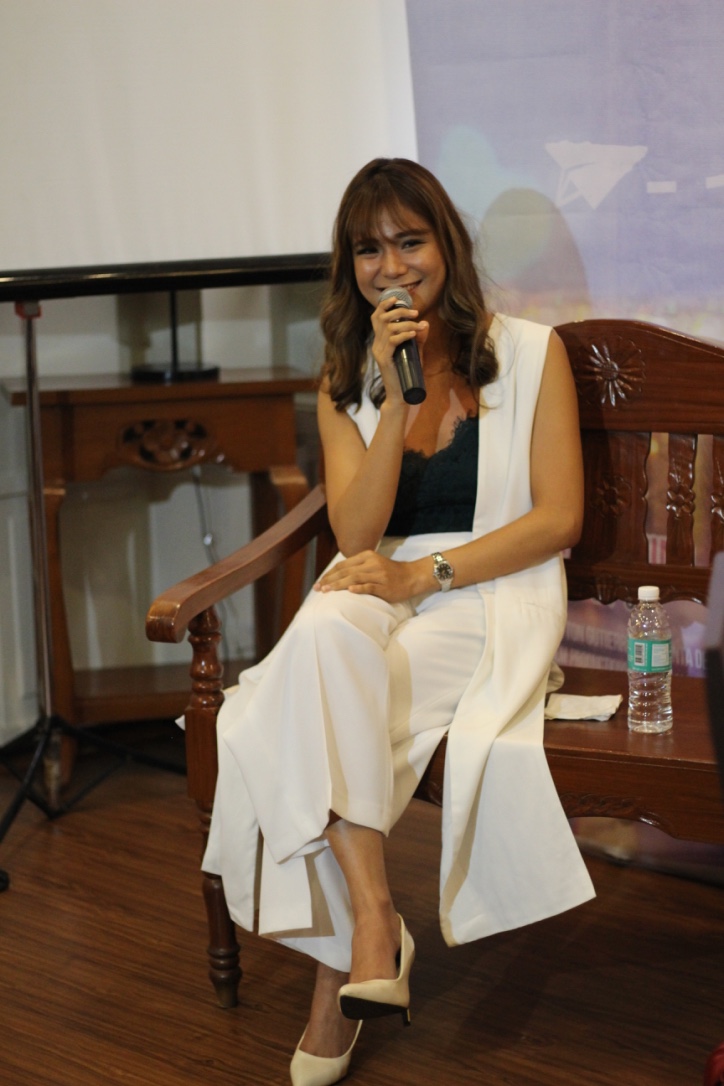 Until now, Devon has yet to wrap her head around the idea that she is now officially a leading lady—and of two Korean stars at that.

While other castings clearly disclosed what they were looking for, Devon recalled that she has a fairly small inkling as to what she was auditioning for. She just had an idea during the audition that the movie would have a Korean element.

Instead of being deterred by that factor, Devon took it as a challenge, especially since, at that time, she was also planning to go to Korea with a friend.

While there were already local stars who got to work with other Asian stars, “You With Me” is the first romance-drama film where Korean actors are involved and Devon couldn’t be any grateful for the once-in-a-lifetime opportunity.

Devon rose to fame as a housemate of the Pinoy Big Brother: Teen Clash of 2010, where she was tagged as the “Bubbly Promdi ng Cebu.” It was the same season that had James Reid, her former love team, as the Big Winner. Her recent filmography includes the millennial horror film “Pwera Usog.” She is also part of the blockbuster films “Can’t Help Falling In Love,” “Everything About Her” and “Haunted Mansion.”

Devon is headlining “You With Me” together with Jin Ju Hyung and Hyun Woo. The film is directed by Rommel Ricafort under Gitana Productions. “You With Me” comes out in cinemas nationwide starting September 27. 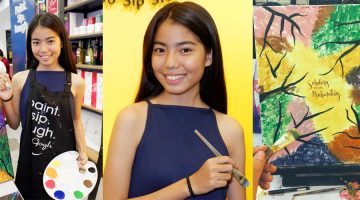