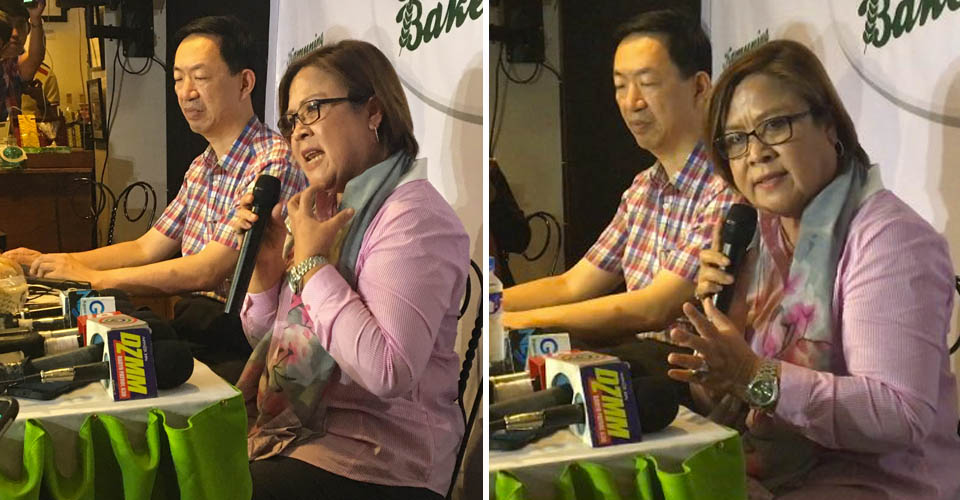 In a quick press conference earlier today at the Kamuning Bakery Cafe, Senator Leila De Lima faced the press to speak once again on the allegations being thrown at her by President Rodrigo Duterte. The allegations included her having an affair with her driver and their involvement in drugs (e.g. having used drug money to fund her recent senatorial campaign). After revealing that she has received information right after elections that there is a movement to find fake witnesses inside the Bilibid [New Bilibid Prison] to go against her, De Lima said that she was also informed that her former driver-bodyguard Ronnie Dayan was previously warned by a policeman that he has to lay low because there is a plan to link him to drugs. As De Lima remained mum on the issue of her alleged affair with Dayan, the senator said she doesn’t want to elaborate on that yet as she doesn’t want the issue to be diverted.

Asked if she is confident that she can prove the president wrong, De Lima answered yes. She was then asked if she is willing to resign if proven guilty [of her drug involvement] and the Senator quickly turned emotional and responded that if that happens, she is willing to resign and be shot in front of the president as long as the evidence is “not coerced, manufactured, or fabricated.”

Here’s a part of her controversial statement: 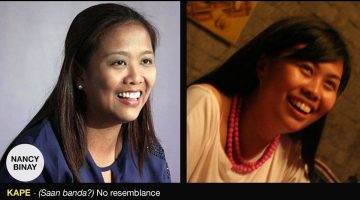