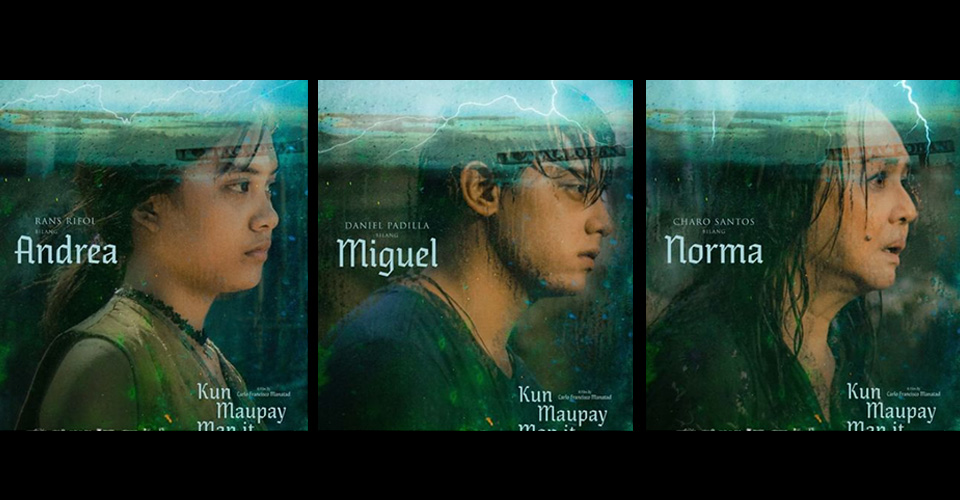 Metro Manila Film Festival entry film Kun Maupay Man It Panahon (which opens in theaters nationwide on December 25) is as timely as ever. The globally recognized drama film starring Charo Santos, Daniel Padilla and newcomer Rans Rifol, tells of the aftermath of 2013 supertyphoon Yolanda. Kun Maupay Man It Panahon (English title: Whether the Weather is Fine) is inspired by director Carlo Francisco Manatad’s own experience of looking for his family in Tacloban because he could not reach them for days.

Carlo recalls what happened very vividly. “I tried to contact them but all reception and communication lines were damaged, and seeing the news then, one would think no one would survive the storm. Luckily, I was able to hitch in a plane carrying relief goods. I was the only passenger. When I arrived, my hometown was beyond recognition. All roads, structures, and any form of landmarks were gone. Mountains of dead bodies were scattered everywhere.”

After what seemed to be the longest day of his life, Carlo managed to find his loved ones—all 16 of them plus their family dog—alive and well. When the young filmmaker returned to Manila to resume work (he was doing film editing at that time), he could not shake off what he went through.

Those days in Tacloban have now led to an outstanding full-length feature (Carlo’s first) starring an acclaimed actress-producer, today’s most celebrated matinee idol, and a rising actress. All thanks to the persistence of Carlo and his collaborators, and the backing of 11 companies from five different countries. Kun Maupay Man It Panahon is truly an international movie as it is produced by Cinematografica (Philippines),  planc (Philippines), House on Fire (France)| iWantTFC (Philippines), Globe Studios (Philippines), Black Sheep (Philippines), Quantum Films (Philippines), AAND Company (Singapore), KawanKawan Media (Indonesia), Weydemann Bros. (Germany), and CMB Films (Philippines).

The film had its world premiere at the 2021 Locarno Film Festival in Switzerland where it took home the Youth Jury Prize, and got raves at the Toronto International Film Festival. Canadian film critic Henry Tan of Universal Cinema hailed it for its two major feats: 1) using the dialect of Waray as the dialogue, and 2) bringing attention to how the Philippines responded to the aftermath of Yolanda. He wrote, “Carlo Francisco Manatad has done a great job in bringing awareness of this historical typhoon event in the Philippines. Whether the Weather is Fine… reminds the audience about the humanity in coming together to help the survivors move forward from a devastation.”

Kun Maupay Man It Panahon has traveled to 25 international film fests in a span of five months. During that time, it also won Special Mention by the Jury at the Guanajuato International Film Festival in Mexico and Best Director at the London East Asia Film Festival in the UK.

Carlo says, “Our team is thankful for the chance to bring our movie home as it tackles something we must live with. I feel it is important to discuss the reality of natural calamities in this generation we are in. A lot has been said about Filipino resilience especially in the wake of disasters— both natural and otherwise—to the point that it has become cliché.

“Major typhoons have been happening more often so Odette’s occurrence comes as no surprise… I think I speak on behalf of my co-filmmakers when I say that climate change and disaster preparedness are the more urgent issues. These should be addressed by everyone and not be ‘masked’ or neglected by the sentimentality of resilience.” 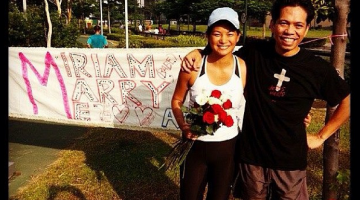