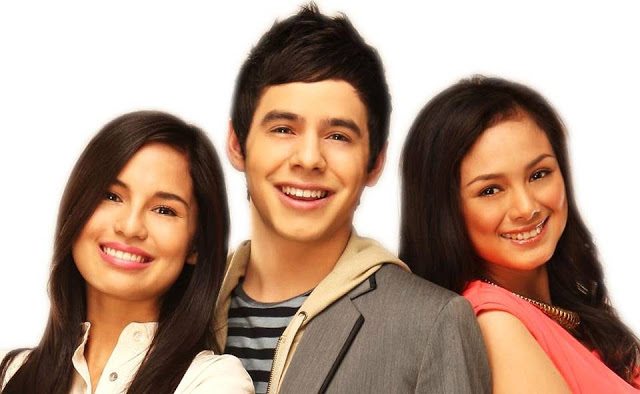 TV5’s newest mini serye Nandito Ako premiered this week with a bang. The show which stars American Idol Season 7 runner-up David Archuleta and the network’s primetime princesses Jasmine Curtis-Smith and Eula Caballero was a worldwide trending topic last Monday. The show’s title and related keywords also trended every single day during its pilot week! Looks like TV5 has created a new record. With this buzz the show has created, things seem to be turning out well for the Kapatid network as a primetime player. Will it be able to sustain the momentum? That we have to find out in the coming weeks.

In the meantime, in case you missed the first week of airing, read on for some random stuff on the characters and try to catch up on the story through our synopsis.
Video: TV5 Philippines’ Youtube Channel
Main Cast

Josh Bradley is an international singer with Filipino-American roots. Due to a hotel fire when he was six, Josh got separated from his mother Cara and was brought to the US by his American uncle. Through a Philippine concert tour years later, Josh is bound to meet the girl who once tried to save his life and find out about the truth that his mother is still alive.

Anya Dionisio is the daughter of Teresa, a GRO. Her father was an American who died in a hotel fire. It was during this tragic fire incident that the young Anya first encountered same-aged Josh whom she tried to save from falling off a building. Both were saved  by the rescuers and are about to meet again years after.

Aside from being pretty and popular in school, Holly Posadas also comes from a rich family. She always aims to please her mother but often fails to reach her high expectations. She and Anya eventually became friends after a rough start. Based on the preview, a love triangle is looming as they will both fall for the same guy.
See also  Watch: JaDine's Flying High On Love Special Trailer (April 10, 17, & 24)

Teresa Dionisio was a GRO at Clark Air Base when she bore a child to an American. She and her daughter Anya were supposed to go to the United States until a tragic hotel fire killed Anya’s father.

Cara Bradley is Josh’s mother who fought for her child’s custody but got separated from him because of a hotel fire. Josh was made to believe his mother Cara died from the tragedy.

Margareth Posadas is the snobbish and inconsiderate mother of Holly. Holly always falls short in her attempts to win Margareth’s love and affection.
Synopsis
Led to believe that his mother Cara died in a hotel fire, Filipino-American Josh Bradley had no choice but to move to the United States when he was just six years old. He later on became an international singer and this career allowed him to return to the Philippines for a concert tour. He will soon discover the truth about his mother’s survival and cross paths again with Anya, the girl who once tried to save his life during that fateful fire incident.
Random Photos and Info on Nandito Ako:
See also  Now Playing: No Rome's 'Spinning' feat. Charli XCX and The 1975
Video: Youtube (uploaded by user theofficialarchuleta)
“I would like to make a special announcement that I’ve chosen to serve a full-time mission for the Church of Jesus Christ of Latter-Day Saints.
It’s not because someone told me that I was supposed to do it, not because that I no longer want to do music anymore, but it’s because it’s
the feeling that I felt that I need to do next in my life. Thank you. It’s just the same feeling that I’ve always followed, tried to follow, in my
life. It’s the feeling that’s allowed me to have the opportunities I’ve had, the challenges I’ve had to overcome, and the blessings too.
And I’ve learned to trust that feeling and I’ve learned that I need to answer when it calls.
That is the reason why I know I need to do this in my life.”
Video: Youtube (uploaded by user jhi08emerald)

Nandito Ako is aired on TV5 from Mondays to Fridays at 9:00-9:30 PM after Wil Time Bigtime. 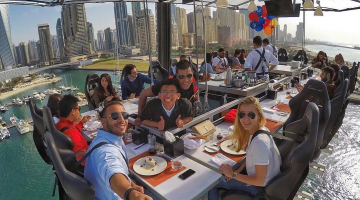