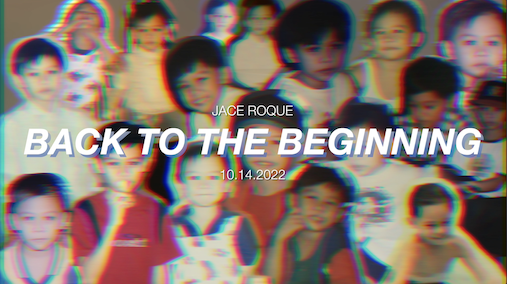 “My experiences, both good and bad, really molded me to become the person that I am now. Without those traumatic experiences, I think my outlook about life in general wouldn’t be the same. I guess, trauma is a catalyst for change, a necessary change in order for you to evolve.” – Jace Roque

P-Pop artist Jace Roque is making a name for himself. His previous single ‘Trust’ became his fourth consecutive single to reach 1 million views on Facebook. He is also one of the nominees for ‘People’s Voice Favorite Male Artist’ in the upcoming 35th Awit Awards which will be held on November 23, 2022 at the Newport Performing Arts Theater.

Fresh from his success, Jace shares his fourth and last single off of his upcoming mini album, ‘Inferno’. ‘Back to the Beginning’ is about his struggles growing up and the difficulty of constantly meeting the demands of his loved ones. In spite of the tropical pop and future bass elements of the song, it talks about the pain and chaos of not meeting the expectations of the people around him.

“Although the song has an optimistic vibe and outlook, the lyrics have a sadder and more painful meaning behind them. Duality is very important with my tracks. There always has to be a balance between light and dark.”, he said.

His upcoming mini album ‘Inferno’, which is dropping this December, includes songs that continue to share Jace’s journey in love, family, and career. His songs usually convey a relatable lesson, and ‘Back to the Beginning’ is no different. “With this new single, I want the listeners to realize that it’s not a crime to pursue what you really want and deviate from what your parents have laid out for you. Doing so doesn’t make you bad, rebellious, or ungrateful.”

Asked where he got the grit and determination, Jace shared, “The drive comes from the pain that anything and everything I do is never good enough for my parents. I had to work twice as hard compared to my siblings. It felt like I always had something to prove even when there’s none. Until it became a way life that with everything I do, I need to do it extra-ordinarily well in order to satisfy my thirst for personal validation.” The good news is, things have changed for the better at present. “The good thing about now is that I only get validation from myself. I no longer seek validation from anybody else,” he said.

Jace also emphasized on the idea of following your dreams. “You have to take ownership of your life and follow your heart and aspirations. Living a life that’s not your own only leads to misery. Not having the liberty to choose will slowly eat you up, until you don’t even know who you are anymore.”

Prior to receiving music award nominations, getting recognized for my contributions to the music industry was Jace’s biggest dream. Now that those things are slowly coming into fruition, he revealed his next big dream. Jace revealed, “That is to conquer is to perform internationally. I’ve always dreamed of being at the Grammy Awards or MTV VMAs.“

If there’s one thing he would want to tell little Jace, the go-getting artist said it would be, “I just want to tell my younger self that everything that will happen, it will happen for a reason. You may not understand it yet but the time will come when all of it will make sense. You need to experience all of those things to become the person you are meant to be in the future.” 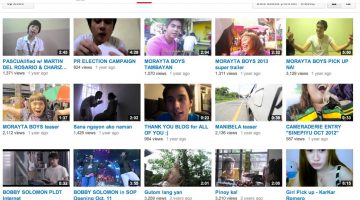