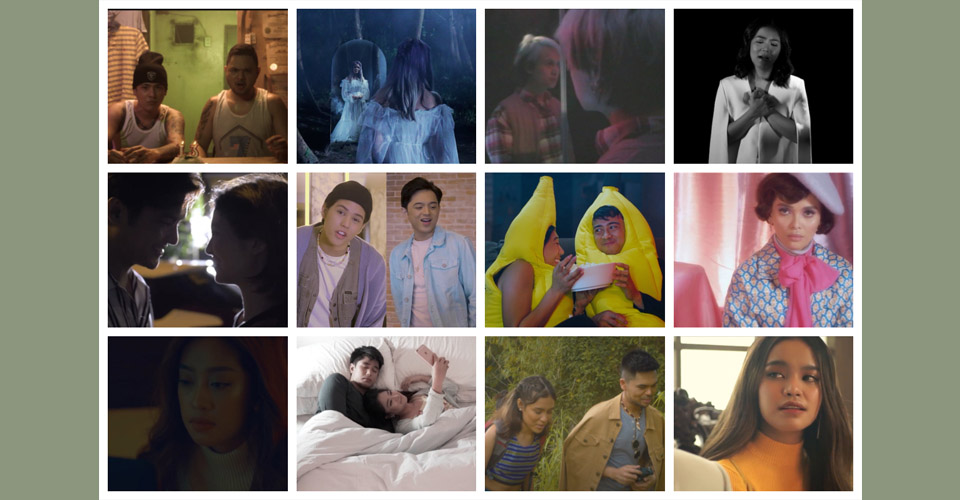 The angst and pains of a person deprived of wealth was effectively delivered by Davey Langit in the music video of Kenneth Reodica’s “Ang Hirap Maging Mahirap.” Rapper Kritiko also gave a realistic portrayal of a person struggling everyday for survival in this video directed by Jude Matanguihan.

Healing was brought about by Janine Berdin and composer Joanna Ang in the “Bulalakaw” music video directed by Edriel Garcia and Yani Bautista. The two belters, wearing white gowns, rendered the Visayan pop song in harmony.

Directed by Shaira Luna, Zild’s “Ibang Planeta” music video,is a throwback to the 80s as it brings about the feeling of being drawn to a different dimension while in love. The video is a visualization of the unique storytelling of composer Dan Tanedo.

Jabez Orara’s composition “Ika’y Babalik Pa Ba” was given touching feels by Juris. Its music video shows the longing for a loved one with effective portrayals by cast members Iana Bernardez and Ilya Nikeshin. The black-and-white video was directed by Frank Mamaril.

The collaboration of Moira dela Torre and pop-rock band Agsunta is perfect for the song “Kahit Kunwari Man Lang.” The song illustrates the ups and downs of an unlabeled relationship as told by its composer David Mercado. Also starring are Ara Dabao and Eian Rances in this music video directed by Miko Pelino.

The hip entry of John Francis and Jayson Franz Pasicolan was complemented by the music video starring Jeremy G and Kyle Echarri. The video, directed by Cristhian Escolano, also starred Reign Parani as the grouchy lady in focus.

Composed by Daryl Cielo, the power ballad “Kulang Ang Mundo” was performed by Sam Mangubat. The song serves as a grand profession of love. Kiara Takahashi and Argel Saycon—also known as KiarGel—gave life to the story behind the song. Jefferson Hao directed the video which also stars Kid Yambao.

Dana Balagtas‘ “Marupok” is brought to life in its music video with the performance of KZ Tandingan. She echoes a warning to a man she is in love with to be clear with his intentions. The music video was directed by Gelo Yellow.

“Idol Philippines’’ alumna FANA reinvents herself in the music video of Erica Sabalboro’s “Out.” The song includes words sang in English, Tagalog, and Bicolano. FANA effectively expressed her appeal and anguish to relay the song’s message. The video was directed by Edrex Sanchez.

Played by Gigi Delana and Mark Rivera, Kiss ‘N Tell brings viewers to a painful recollection of a couple about lost love. The music video that brought to life Joshua Ortiz and Aniceto Cabahug III’s entry was directed by Jem Cadeliña.

The music video for “Tabi-Tabi Po” has all the feels of falling for and having the courage to ask someone out. JMKO’s soothing voice was highlighted in this music video led by its director Jasper Salimbangon. This accompaniment to Mariah Moriones’ composition also stars Inka Magnaye, Rain Matienzo, and Ady Cotico.

Zephanie lets us feel the pain of a young lady hopelessly in love in the music video of “Tinadhana Sa’Yo.” The song about unrequired love was written by SJ Gandia. Also starring in this music video directed by Amiel Kirby Balagtas is Aaron Gonzalez.

One of the 12 Himig Handog entries will be hailed as MYX Choice for Best Music Video and 30% of the criteria for judging will be based on the number of music video views on Star Music’s YouTube channel. 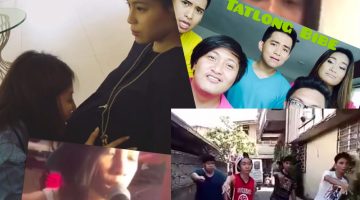