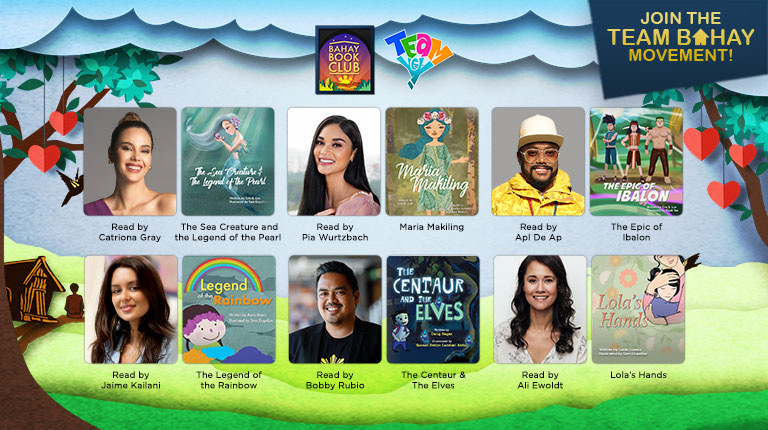 QUEZON CITY, PHILIPPINES, July 22, 2020– The storytelling continues as TFC launches the second season of “Bahay Book Club,” which are narrated both in Filipino and English languages by some loud and proud global Filipinos: Catriona Gray, Pia Wurtzbach, Apl De Ap, Jaime Kailani,Bobby Rubio, and Ali Ewoldt which can be seen on TFC’s various platforms.

“Bahay Book Club” is a collection of stories that are five to ten minutes long each, written by Filipino authors which aims to introduce the rich Filipino culture to the younger Filipino generations and the non-Filipinos around the world.

Kicked off the second season was the story “The Sea Creature and the Legend of the Pearl” that was narrated by 2018 Miss Universe Catriona Gray. It is a story about the sea creature Hiyas and how a mother inspired her to create what we know now as pearls.

Among the six stories is the “Legend of the Rainbow” which will be narrated by Mama Earth Organization founder and children’s book author Jamie Kailani. This tells us the story of how a king’s effort to make his daughter smile brought into the world the colorful rainbow.

2015 Miss Universe Pia Wurthzbach is also among the storytellers where she will read the story of “Maria Makiling.” It is a story about the nymph named Maria who teaches two men a lesson after one of them ignored her request despite the generosity she showed them.

Bobby Rubio, the writer and director of Pixar’s Float, will lend his voice this time in narrating the story “The Centaur and the Elves,” which is about a boy who gets lost while on his way home, meets a centaur and an elf along the way, and is puzzled as he finds himself repeatedly circling the same mango tree.

While Filipino-American rapper Apl De Ap shifts from a “The Voice Teens Season 2” judge to a narrator of the story “The Epic of Ibalon,” which follows the quest of Lam-Ang in finding his missing father where he will be joined by two magical creatures, a rooster and a dog.

Get to spend time with your kids and introduce them to the Filipino culture all at the comfort of your home via “Bahay Book Club,” which can be seen via TFC on cable and satellite on the following days and time:

It can also be seen via TFC IPTV, and on TFC Online (www.TFC.tv) exclusive for Premium subscribers. 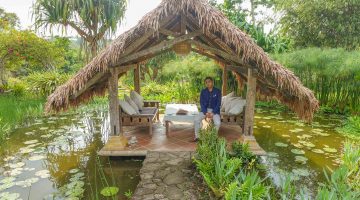 Airbnb Virgin No More: Checking In at Moon Garden Tagaytay