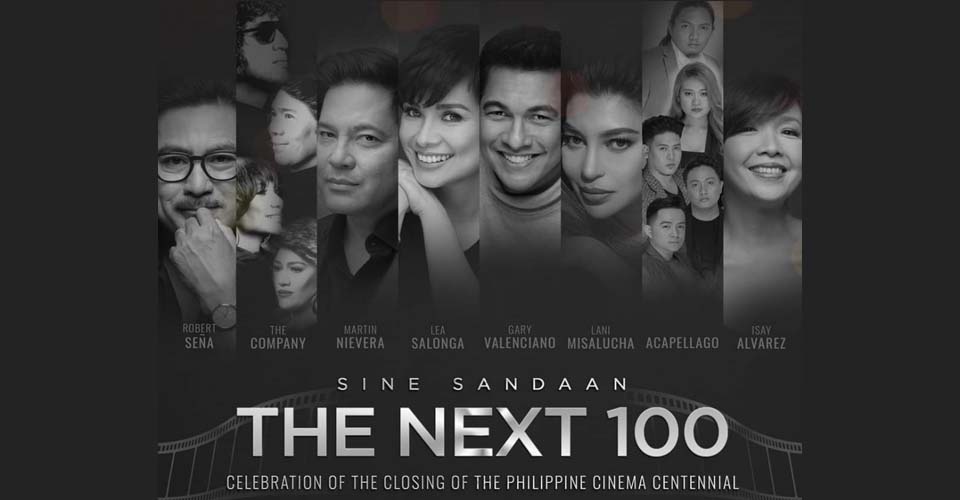 Lani Misalucha, Gary Valenciano, The Company, Isay Alvarez and Robert Seña, Martin Nievera, and Lea Salonga with Acapellago are the headliners of “Sine Sandaan: The Next 100 Closing Ceremony,” a two-hour virtual event that will be hosted and streamed by the Film Development Council of the Philippines (FDCP) on September 30, Wednesday, at 8 p.m.

After 12 months of marking milestones, recognizing achievements, and honoring the heritage of the Filipino film industry, the year-long commemoration of One Hundred Years of Philippine Cinema will formally come to a close in a celebration that’s fit for its grandeur and legacy.

Aside from the powerhouse lineup of the country’s top performers, viewers can look forward to a magnificent roster of commemorative audiovisual presentations created by various sectors of the film industry such as the Regional Filmmakers Network, Animation Council of the Philippines, Inc., and editors from the Filipino Film Editors.

FDCP Chairperson and CEO Liza Diño stated, “Sine Sandaan: The Next 100 encapsulates our aspirations for the future of Philippine Cinema. It is both in the spirit of empowering our local industry and taking those significant steps towards that future that we hope for — a future of elevation, inspiration, and collaboration.”

She continued, “This celebratory event also serves as a venue for cooperation in the film industry. Just as we officially close the Philippine Cinema Centennial Celebration, we look forward to the next hundred years wherein the industry will aim to reach greater heights, cross borders, and explore uncharted territories.”

Sine Sandaan or Presidential Proclamation No. 622, series of 2018 officially declared September 12, 2019 to September 11, 2020 as the year-long celebration of the Philippine Cinema Centennial to be spearheaded by the FDCP. The beginning of this milestone commemorates the September 12, 1919 release date of the first film directed and produced by a Filipino, “Dalagang Bukid” by Jose Nepomuceno. President Rodrigo Duterte signed the Sine Sandaan Proclamation on November 8, 2018.

See also  THEN and NOW: Pangako Sa'Yo EchoTin and KathNiel

Other Sine Sandaan initiatives include the launch of the FilmPhilippines incentive program, participation in House Committee Hearings on the Eddie Garcia Bill, issuance of Joint Memorandum Circular No. 1 on Guidelines for Working Conditions of Film Workers with the Department of Labor and Employment, Disaster/Emergency Assistance and Relief (DEAR) Program, and the continued restoration of films by the Philippine Film Archive.

On September 11, 2020, the last day of the year-long commemoration of One Hundred Years of Philippine Cinema, the FDCP held the online Opening Ceremony entitled “Sine Sandaan: The Next 100 – Celebration of the Closing of the Philippine Cinema Centennial.”

The FDCP also launched “Kwentong Sandaan,” a showcase of videos on the journey of actors, filmmakers, icons, and unsung heroes of Philippine Cinema. Other launches this month are for the Philippine Film Archive website, National Registry website and mobile app, and the CreatePHFilms funding program for development, production, and distribution. The #SineWikainChallenge Awarding will also be held, and finally, the “Closing of Sine Sandaan: The Next 100 – Celebration of the Closing of the Philippine Cinema Centennial” will take place on September 30.

“Sine Sandaan: The Next 100 Closing Ceremony” will be streamed on the FDCP’s social media accounts on YouTube (youtube.com/FilmDevelopmentCouncilPH) and Facebook (facebook.com/FDCP.ph). 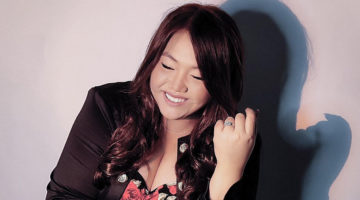