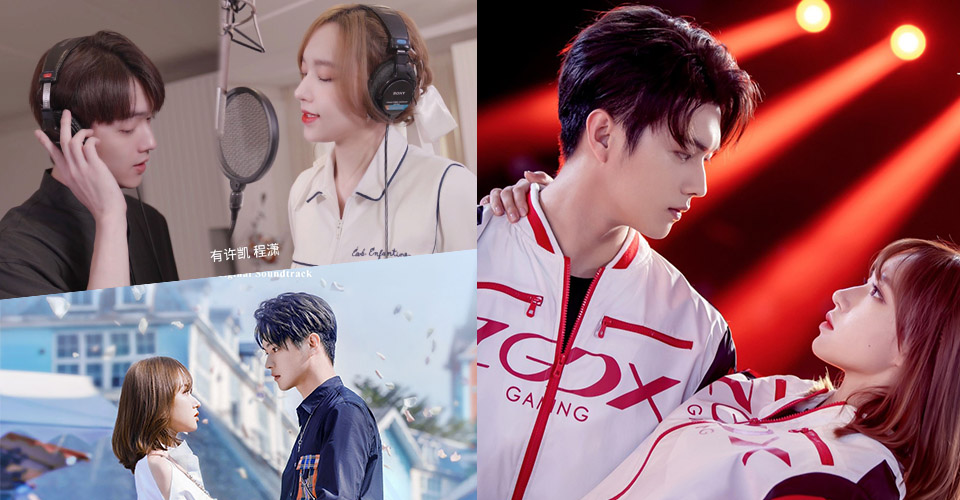 “Falling Into Your Smile” is tagged as the hottest and most streamed Chinese drama series right now. This is according to Chinese streaming platform WeTV which said that the series beat other on-air Chinese and Korean drama titles across the regions with an IMDb rating of 9.1.

Prior to the reveal of the star-studded lineup of the original soundtrack album released last month, New Style Media Group (NSMG) recently released a behind-the-scenes video on the group’s official YouTube channel,

A co-production of NSMG and YOUKU, rom-com drama “Falling Into Your Smile” stars Xu Kai and Cheng Xiao whose onscreen chemistry is sizzling. The sweet romance, heartwarming friendship, and team bonding moments add value to the series.

As the drama wraps up its run for VIP members, the behind-the-scenes videos gave an insight on the artists’ thoughts. Other than participating artists such as Xu Kai, Cheng Xiao, SEVENTEEN, WayV, Angela Zhang, BonBon Girls 303’s Chen Zhuoxuan, Zhai Xiaowen, FrankiD, Gao Han, Lara Liang, Naomi Wong and Air League Band, the music producers also all shared their thoughts on their tracks, the challenges faced, and some behind the scene stories during the album recording.

In particular,  actor Xu Kai believes that “Soulmate” is a love song made just for his character Lu Sicheng and Tong Yao, played by Cheng Xiao. SEVENTEEN’s Joshua shares their struggles recording in Chinese for their track “Warrior” and boygroup WayV reveals their surprise that their song “Everytime” was completely different to what they expected from a romcom drama series. That, as well as believing how much the whole OST of “Falling Into Your Smile,” and its story remind them of their own group’s bond and friendship.

In addition to the OST album, an instrumental music album of the OST is also on its way to global streaming platforms, including Spotify, Apple Music, iTunes, JOOX, KKBOX and more. Fans can continue to reminisce about the best moments from their favorite scenes.