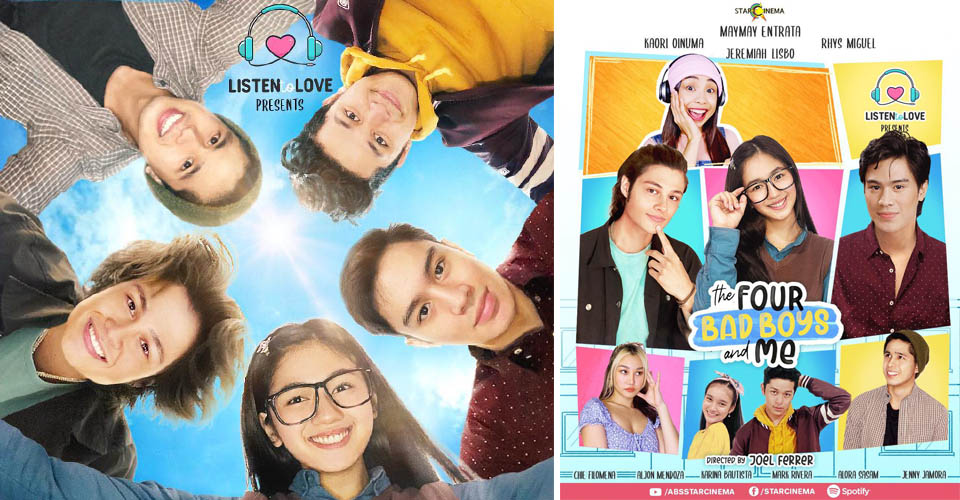 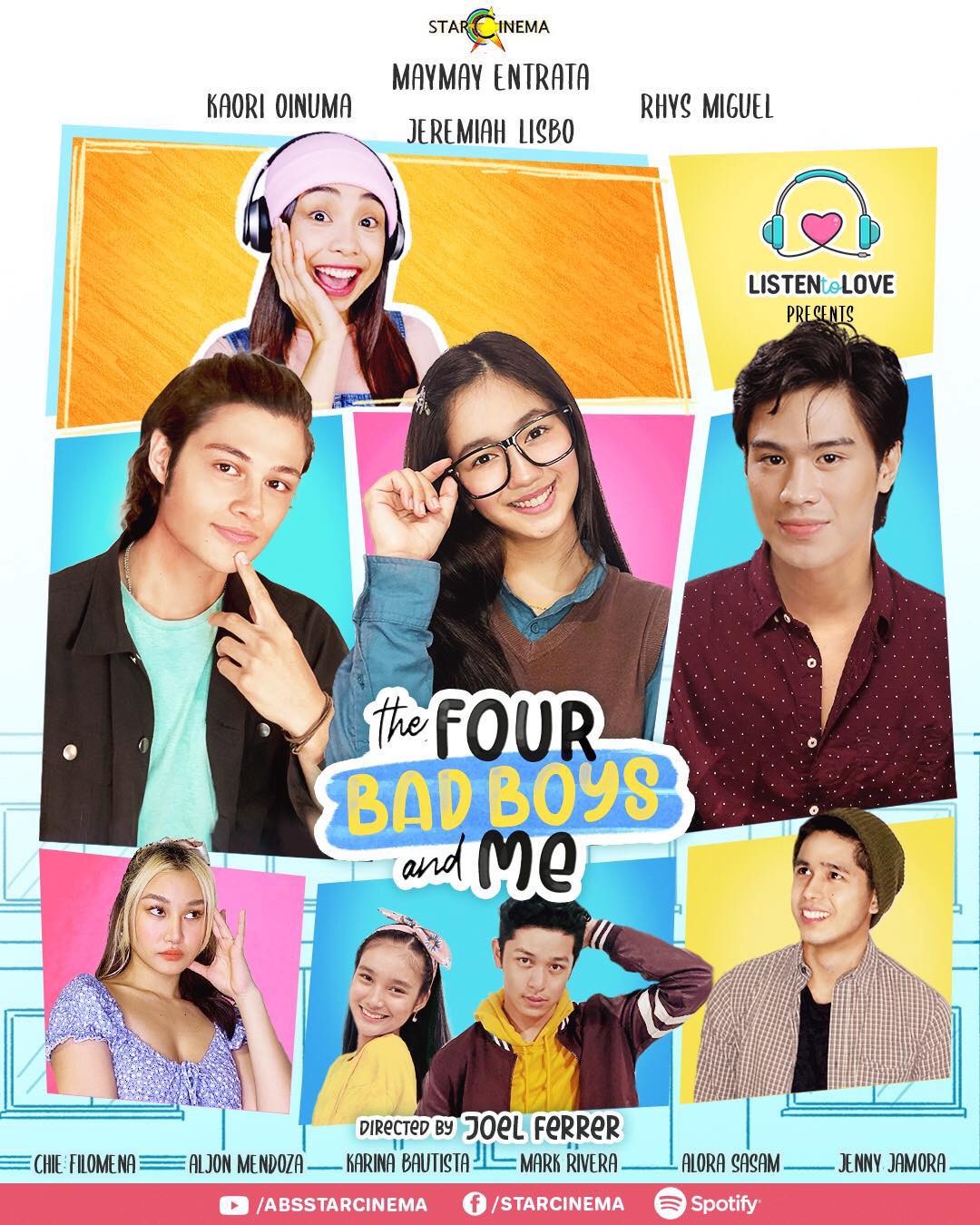 As Star Cinema continues to innovate, ‘Listen To Love’ marks its first ever lovecast (love + podcast) series as it will become available on Spotify as a treat to podcast listeners.

First story to be featured on ‘Listen To Love’ is the adaptation of the hit Wattpad novel by Tina Lata a.k.a. Blue Maiden, with over 300 million reads, ‘The Four Bad Boys and Me.’ 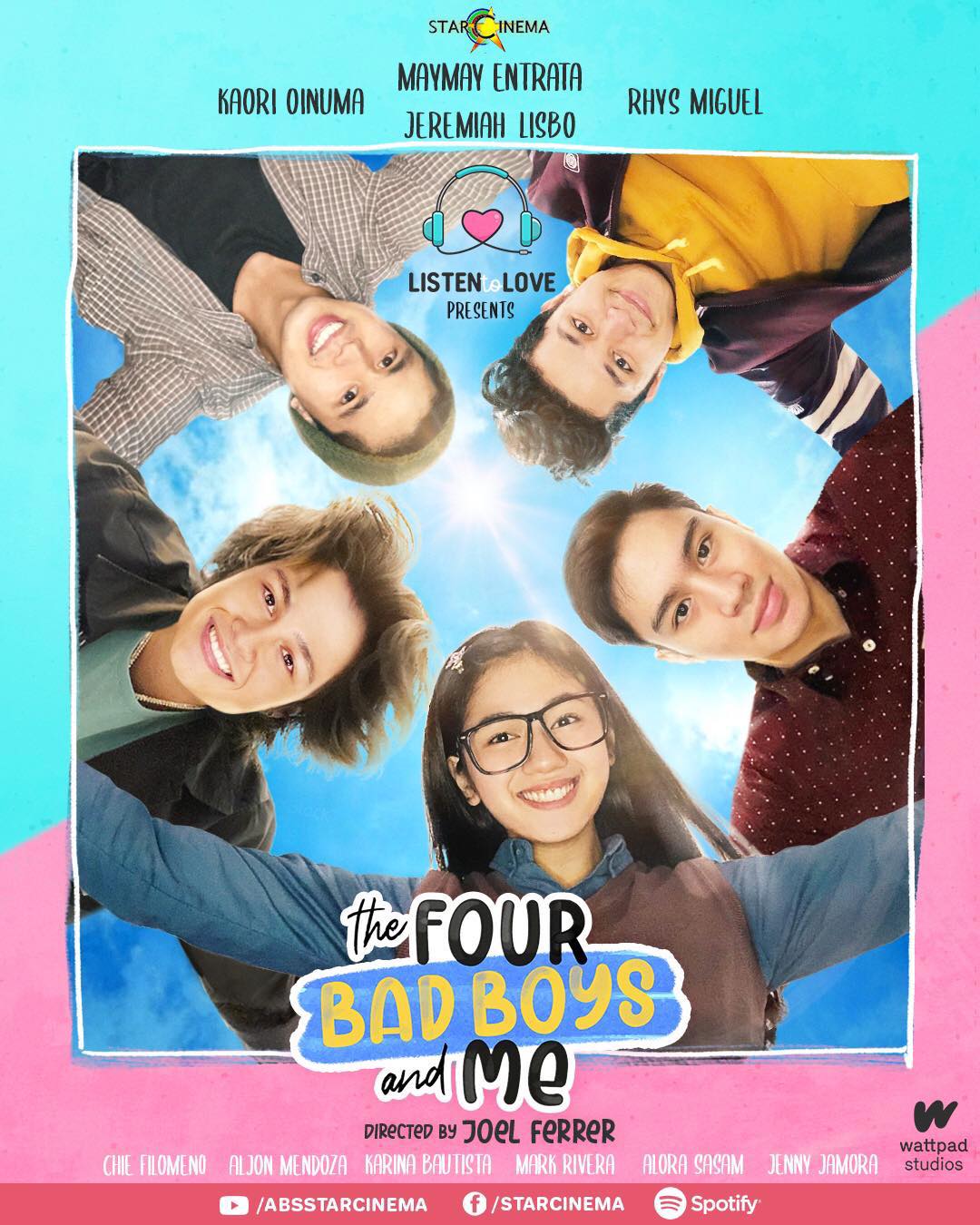 Topbilled by today’s most promising young stars Jeremiah Lisbo, Rhys Miguel and Kaori Oinuma, and directed by Joel Ferrer, ‘The Four Bad Boys and Me’ revolves around nerdy girl Candice Gonzales (Kaori). Her life changes upon getting in trouble with the four bad but heartthrobs at school. She annoys them except for Marky (Jeremiah), whom she has grown a crush on. While they get close to each other, Candice ends up being bullied by Jeydon (Rhys).

Will it be possible for Candice to have the ‘happy ending’ she wants? Or will it be too much to ask for because of her ruined life with them? Let’s find out as DJ Zari (Maymay) tells us the entire story.

‘The Four Bad Boys and Me,’ which will also be streamed via Star Cinema’s official Facebook page and YouTube channel, every Tuesday and Thursday at 7:30pm beginning TONIGHT, August 27, 2020 (Thursday).

During the lovecast’s premiere, almost 20,000 viewers were watching on Youtube. 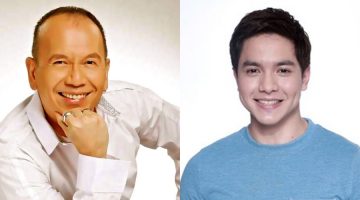