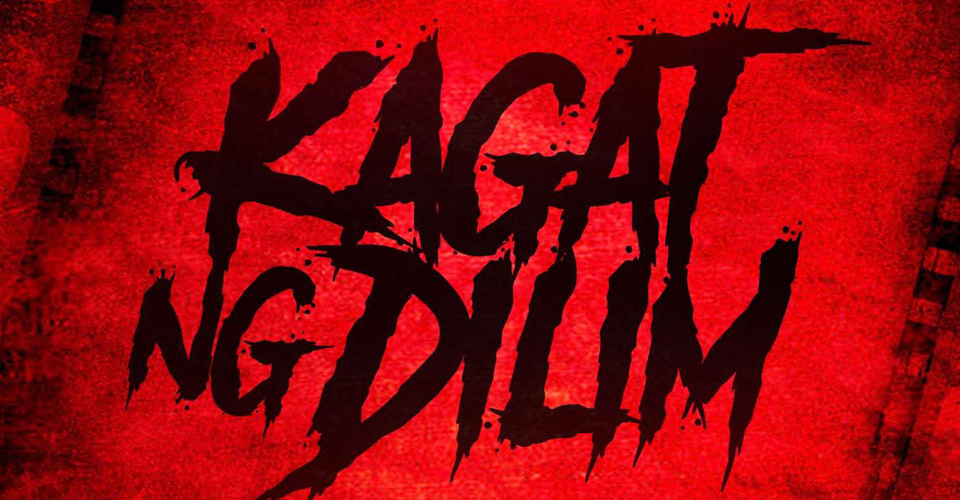 Lawrence Fajardo (Best Director award winner for “Imbisibol” at the Sinag Maynila Film Festival, and winner of Netpac Award at Vesoul Asian Film Festival for the same film, winner at the Cinemalaya Film Festival for Best Short Film, “Kultado”, also directed “Class 3 Has a Secret” and “The Strangers).

Paul Basinillo (director of the hit mini-series “Tabi Po”, and a prolific concert director best known for the sold-out concerts of Popstar Royalty Sarah G, such as “This 15 Me”, and “24/SG”, and “The Cr3w” with Billy Crawford, Sam Concepcion, and James Reid).

Brace yourself for creepy yet interesting stories in “Kagat ng Dilim” starting November 27. All episodes will feature filipino folktales, myths, creatures and urban legends that have brought terror to us through the years.

In “Hukay”, Cristine Reyes stars as Maya who arrives in the town of San Malverde to do some business. She then discovers an underground tunnel which is said to have a hidden gateway to hell.

Next comes “Binabahayan”, starring Nathalie Hart as Carmen, one of the scammers who go into hiding at an old house while waiting for their boss. She accidentally opens a locked room, where a statue is located, that brought chaos in to their lives.

Kim Molina stars as Isha in “14th Floor”. Transferred to her company’s new branch, Isha notices that the building does not have a 13th floor because of the belief that 13 is an unlucky number. It doesn’t take long when she begins to experience the terror of someone’s death over and over again, as if in a loop, right in the 14th floor that she cannot escape.

In “Hinagpis”, Ella Cruz portrays Mila whose grandma is showing signs of memory loss. But Mila feels that something sinister is also going on with her. She remembers what her religious grandma used to tell her: those who have a close relationship with God are often tested by the devil. Ruby Ruiz (Best Actress award winner at the 15th Harlem International Film Festival held in New York City for her performance in “Iska”) plays the role of Lola and Vitto Marquez plays Emman, Mila’s boyfriend.

Using the concept of doppelganger, “Kakambal”, tells the story of Enteng, played by Matteo Guidicelli, who seems to have a dual personality. Some days, he’d be extremely shy, on other days, he tends to be arrogant. Truth is, an ominous elemental is copying Enteng’s looks with an intention to replace Enteng’s existence with his own.

There’s a belief that material things left behind by the dead should be buried with their body because their spirit might still cling to those things. In “Ukay-Ukay”, Meg Imperial plays Joan, who purchases a white dress from ukay-ukay. Since then, a series of strange events happens in her home. It will only stop once she discovers the dark secret behind the blouse.

In “Manika”, Mark Anthony Fernandez and Maui Taylor play married couple Marcus and Chloe who are mourning the death of their child. When Marcus becomes fascinated with the doll of their late daughter, they also face disturbing occurrences in their home.

The Hiligaynon folks believe that there are nature spirits called “Taglugar”. In this episode, Cindy Miranda plays Clarissa, a maid who is accused of killing her employer. But she insists that the culprit is a monster known as “Taglugar”. Also starring Alma Moreno.

“Pugot”, which stars Diego Loyzaga as Alfred, is about the belief that the angel of death is coming for you if you appear headless in a photograph. Alfred and his girlfriend’s out of town escapade becomes chaotic when Alfred discovers a headless photo of her.

In “Toktok”, a dance crew goes all the way to the forest to make a video that they want to go viral. But upon their return home, the members die one after the other. It stars Mccoy de Leon, Julian Trono, Carlyn Ocampo, and Aubrey Caraan.

The ritual of offering an animal’s blood or even a person’s is observed when there’s a construction because it is believed to make the structure more solid. The episode “Sabel”, who will be played by Louise Delos Reyes tells the story of a woman who disappeared in 1979, and then comes back decades later without growing a day old. What is the mystery that she holds?

“Pagpag” introduces us to Andrew, played by Jerald Napoles, a staff in a convenience store near a funeral home, which makes it a perfect “Pagpagan”. He’s advised to always light an incense every night, but one night he forgot to do so and that night becomes the most horrifying night of his life. Also starring Marco Gallo.

“Salakay” portrays the myth about “Umalagad”, the spirits of ancient people and nature. Gardo Versoza will be playing Gaspar, a crippled man. He returns to their old house, not knowing that a group of “Umalagad” is waiting for his return to exact revenge.

With all this exciting lineup, topnotch direction and stellar cast, “Kagat ng Dilim” is the must-see horror anthology in this modern time. Catch it every Friday at 9:30 PM, only on TV5. 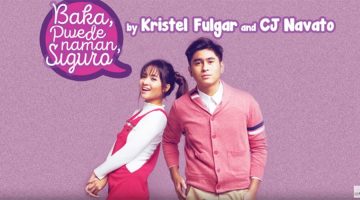