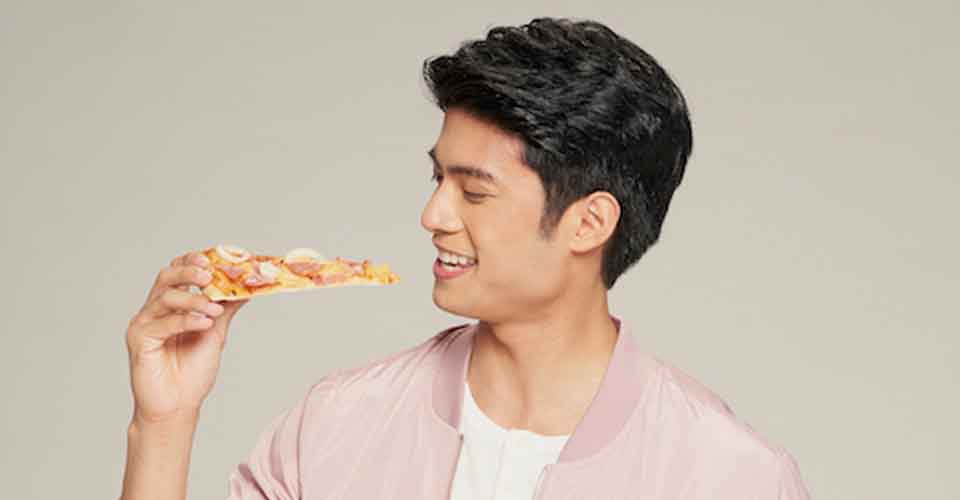 As a true blue gamer who used to go on 10-hour marathon computer sessions, playing DOTA 1 and going for “BEYOND GODLIKE!” killstreaks with his friends during his teenage years, Mikael Daez knows that gaming and food go hand-in-hand.

The model-turned-actor relates to how gamers often have to decide between food and play when one’s real-life energy bar runs low. By choosing to defeat other players, upgrade items, or clear quests to advance in the storyline, Daez admits to making poor food choices in the past, such as going for instant noodles or canned goods and rice.

As he is introduced as one of the newest endorsers of the country’s on-demand delivery service foodpanda, Daez has leveled up his food game.

“foodpanda has been amazing in providing a seamless experience to be able to get food without disturbing my gaming,” the celebrity gamer says. “All it takes is just a few clicks on the foodpanda app, and my food is on the way.”

Daez does not have to quit games anymore to take food breaks. foodpanda allows him to simply hit pause, place his orders through the app’s user-friendly interface, and get right back into the action without losing the all-important gamer’s momentum. With its lists of over 20,000 restaurant partners nationwide, it promises to deliver one’s favorite meals in just 25 minutes or less. Additionally, your home-bound lives are also now a little bit easier with shops, as it delivers daily essentials safely and securely. Forget figuring out how to buy groceries and household needs such as pet food, soap, alcohol, or tissue paper. Simply check out stores nearest you, tick your orders, and just wait for the foodpanda rider to deliver everything to you right at your door.

The go-to orders of Daez as of late have been pancakes and waffles. Like any tactical gamer/foodie, he has his orders saved on foodpanda for repeat deliveries for lunch, afternoon, and even midnight, to save time on ordering and focus more on his gaming.

“It’s been a great experience with foodpanda as it enhances my gaming experience kasi tuloy tuloy na siya,” says Daez, who is currently playing a lot of Fallout Shelter Online, DOTA 2, and Ragnarok M: Eternal Love, or Ragnarok Mobile.

In the popular online role-playing game, Daez, whose username is “Beefbelly,” married his wife Megan Young, who goes by “Boneezy,” for the third time this year, following their two intimate ceremonies in January. The couple shares a passion for gaming and says it even helps them forge a stronger relationship.

“It’s been super cool because we support each other,” Daez says. “If I want to play my game solo, she doesn’t mind because she understands, then she plays her own game solo, too. When there’s a new game that’s intriguing, we’re excited to try it out with one another.” Like just any couple, gaming and food is one way they bring some order—and importantly—a sense of pleasure—into their lives.

“Gaming and lots of comfort food,” he adds, “definitely gives us more avenue to interact and grow our relationship. Aside from this, I truly love how foodpanda, brings us closer to all the things that I need, all in one place.”

It doesn’t matter whether you’re a noob or a serious player since your youth, foodpanda is here with you and for you. Whether you’re like Daez who plays with a partner or flies solo, foopanda also allows you to enjoy delicious and irresistible deals like free delivery to 40 percent off throughout this month. From chicken, pasta, pizza, coffee, to milk tea,  there’s surely no craving foodpanda can’t fix!